Pro14 Round 9 wrap up - Scarlets, Ulster dominant, Edinburgh bounce back in 1872 Cup 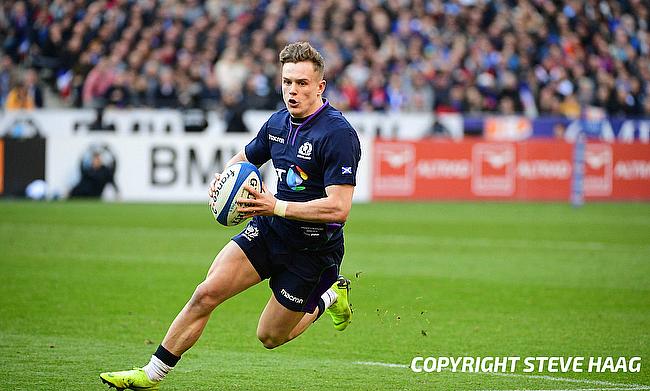 The ninth round of Pro14 saw Leinster hand Munster their first home defeat in two years while Edinburgh have bounced back in their 1872 Cup clash against Glasow while there were also victories for Cardiff Blues, Scarlets, Ulster and Benetton.

Cardiff Blues maintained their impressive run in the ongoing Pro 14 as they edged out Dragons 16-12 at Cardiff Arms Park. Shane Lewis-Hughes started the proceedings with a 11th minute try while Jarrod Evans followed with a conversion and a 29th minute penalty goal to take the home side to a 10-point lead. Dragons made a strong comeback with back to back tries from Taine Basham and Matthew Screech while Sam Davies kicked the second conversion to make the scoreline 10-12.

However, the lead of Dragons were short-lived as Evans with his 50th minute penalty goal increased their lead to one point before replacement Jason Tovey with a three-pointer of his own increased Cardiff Blues' lead to four points which they defended after Dragons were reduced to 14-men for the final 10 minutes with Ashton Hewitt sin-binned.

Standings: The win has taken Cardiff Blues to the fifth place in Conference B table with 23 points while Dragons are fifth in Conference A with 14 points.

Doubles from Steff Evans and Ryan Conbeer helped Scarlets blank Ospreys 44-0 at Parc y Scarlets. This is also Ospreys's 10th consecutive defeat. Evans and Conbeer scored tries in the 25th and 39th minutes while Leigh Halfpenny kicked two each of conversions and penalties as Scarlets scored 20 unanswered points in the opening half.

There was no looking back for Scarlets in the second half as Evans and Conbeer crossed over for the second time after the break while Kieran Hardy and Josh Macleod also included their names in the scoring sheet as Scarlets completed a dominant 44-point victory.

Standings: Scarlets now move to the third place in Conference B with 27 points while Ospreys are languishing at the bottom of Conference A with eight points.

Conor Fitzgerald gave a promising start to Connacht with a 13th minute penalty goal but unfortunately that remained the only points in the game for them but tries from Alan O'Connor and Billy Burns in the 18th and 23rd minutes respectively ensured Ulster had a lead of 14-3 at the end of the first half.

With Connacht unable to find any more breakthroughs, Ulster stepped up the ante with further tries from Robert Baloucoune (44'), Rob Herring (49') and Nick Timoney (77') that ensured a bonus point victory.

Edinburgh drew level in the 1872 Cup after they defeated Glasgow Warriors 29-19 at BT Murrayfield Stadium. The home side had to wait for 18 minutes for their first point that came after an offload from Bill Mata sent Darcy Graham over the line and Simon Hickey followed with the conversion. However, both the teams went into the break levelled after Huw Jones crossed over in the 25th minute that was improved by Adam Hastings.

Both the teams were separated by just two points by the 66th minute as Henry Pyrgos (62') crossed the whitewash for Richard Cockerill's men while Cummings (53') and George Horne (66') scored tries for the visitors to provide a slender two point lead but the tables turned in the last 10 minutes as Jonny Gray was sin-binned for collapsing a maul that also resulted in a penalty try for Edinburgh. With an extra player advantage, Graham with his second in the 79th minute ensured Edinburgh completed a bonus point victory.

Standings: The result has taken Edinburgh to the second position in Conference B while Glasgow are at fourth place in Conference A.

Leinster handed Munster their first defeat at home in two yeas as they edged out their Irish rivals with a seven point win. The opening 33 minutes was all about Leinster as Ed Byrne crossed over in the 10th minute while Ross Byrne kicked a conversion and two more penalties to make it 0-13 before JJ Hanrahan got Munster off the mark with a three-pointer at the stroke of half-time. Hanrahan with his second penalty kick narrowed down the gap between the two teams to seven points. Munster had their chances in reducing the deficit but errors combined with firm defence from Leinster kept them out of reach leading to ninth consecutive win in the ongoing Pro 14 for the visitors.

Standings: Leinster continue to dominate Conference A with ninth straight win that keeps them at the top while Munster are at the top of Conference B.