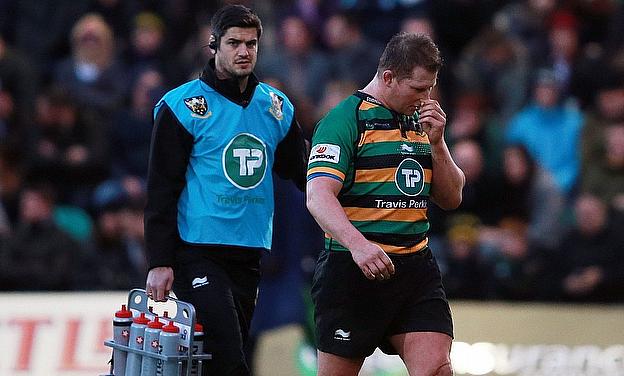 England and Northampton hooker Dylan Hartley is likely to learn the outcome of his latest disciplinary hearing before Christmas.

Northampton look set to mount a robust defence of their captain after he was sent off for elbowing Leicester centre Matt Smith in the face at Franklin's Gardens on Saturday.

Hartley could miss at least the start of England's RBS 6 Nations campaign following the latest episode in a career scarred by repeated disciplinary episodes.

The Rugby Football Union has yet to confirm when 28-year-old Hartley's hearing will take place but moves are afoot for it to be held on Tuesday evening, Press Asssociation Sport understands.

Hartley was handed a 26-week ban for eye-gouging in 2007, and an 11-week suspension for verbally abusing referee Wayne Barnes during the 2013 Aviva Premiership final against Leicester.

That latter ban led to him missing the British and Irish Lions tour of Australia, and RFU disciplinary chiefs could easily take a dim view of his latest indiscretion.

It happened after just 17 minutes of a titanic Premiership east midlands derby that Northampton won 23-19 thanks to substitute Jamie Elliott's 77th-minute try that fly-half Stephen Myler converted from the touchline.

"Dylan has got to keep his arms down, but he was being held and I don't know there was any malice in it.

"The nature of the game didn't justify a red card. I think Smith went down pretty easily, to be honest, which was disappointing.

"It is a tough game. That 80 minutes of rugby was hard, physical with some great tackles, but I don't think there was any malice in that. I think JP's initial reaction of the yellow card would have been the correct decision."

England open their Six Nations campaign against Wales in Cardiff on February 6, and given Hartley's poor record - biting and punching offences also appear on his charge-sheet - another lengthy suspension appears likely.

"It's a tough game, and Dylan plays to the edge. You wouldn't change Dylan. He is competitive," Mallinder added.

"It is a difficult one. I think he should have kept his arms down - we are not saying that what he did was right - but what I am probably saying is that the opposition made it a lot easier, and a yellow card was sufficient."

Asked for his reaction to the Hartley dismissal, Leicester rugby director Richard Cockerill said: "If you strike someone in the face you are liable to get yourself in trouble. That's the nature of it.

"You would have thought he might have learnt a lesson by now. That's just the way it is."