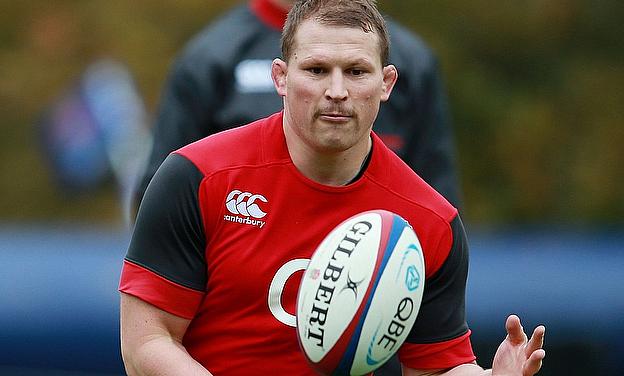 Northampton hooker and captain Hartley, 28, had been linked with a possible move to French club Montpellier after next year's World Cup, but he will now remain with Saints, the club he joined in 2005.

"We have a group that has shown time and again that they have the ability to compete at the highest level of club rugby, and retaining players is very important to us," Northampton rugby director Jim Mallinder said.

"The seven forwards that we have announced today are all good players already, but they still have the ability to improve.

"We are looking forward to seeing them develop further at Franklin's Gardens."

Hartley is currently Northampton's longest-serving player, while 27-year-old Lawes made his club debut in 2007 and is now established among the northern hemisphere's leading second-row forwards, with 36 caps to his name.

Former England Saxons and England Under-20 captain Clark was part of England's training squad for the autumn Tests this season, and appears firmly on course to be part of their World Cup campaign, while brothers Alex and Ethan Waller are also making considerable strides.

Alex, 24, scored the winning try in last season's Premiership final against Saracens at Twickenham, and 22-year-old Ethan is closing in on 50 first-team appearances.

Craig, meanwhile, joined Saints in 2011, while Denman is in his second season at Franklin's Gardens after previously packing down for Championship clubs Leeds - now Yorkshire Carnegie - and Rotherham.