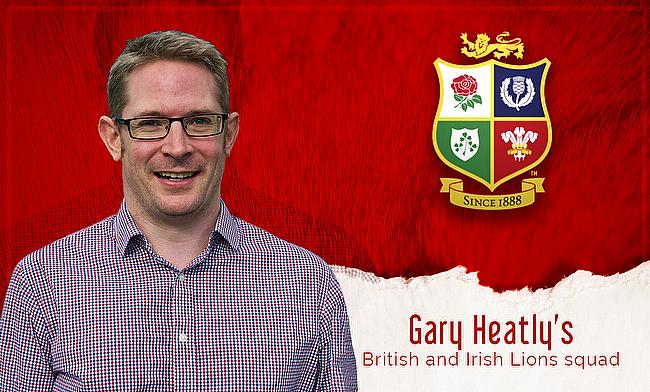 With Warren Gatland’s British and Irish Lions squad being announced on Thursday, for the first three days of this week, TRU’s journalists will be putting forward their squads for the Tour and we conclude with Gary Heatly's picks.

There are tricky things in life and then there is picking a British and Irish Lions squad…!

Since Scotland scored the last gasp winning try against France in Paris on March 26 to bring the Six Nations to a close - and indeed for many months before that - everyone has had a go at naming the 36 men they think will be on the plane to South Africa this summer.

As we all know, head coach Warren Gatland is very much his own man and certainly will not be swayed by any outside noise but I fully expect him to borrow assistant coach Gregor Townsend’s ‘Toony Tombola’ and name at least one player out of left field on Thursday.

??? "Rehab is going well. He’s doing lots of running + whatever he can at the gym. Exact timescales can’t be given, but he’s very optimistic around being fit sooner rather than later."

If Scotland’s Rory Sutherland can recover from his shoulder injury in time, I think he deserves to be the third loosehead in the group alongside Wales’ Wyn Jones and England’s Mako Vunipola. The three hookers pretty much pick themselves while Ireland’s tighthead Tadhg Furlong needs to be wrapped up in cotton wool given how important it is that he starts the Tests.

England’s Maro Itoje and Wales’ Alun Wyn Jones are joined in the second-row ranks by Ireland pair James Ryan and Iain Henderson, while back-row Tadhg Beirne can cover there if needed.

The back-row is a very hotly contested area and while I am not 100 per cent sure he will go, I’d like to see Scotland’s Jamie Ritchie in there as the higher the level that he plays at, the better he gets.

The scrum-half selection really is wide open with Ben Youngs having taken himself out of the equation so I have gone for Ireland’s Conor Murray, Wales’ Gareth Davies and Ireland’s Jamison Gibson-Park here, but there are plenty of others in the mix.

??? "Cameron left a big impression on everyone he came across and broke the hearts of many backlines that he ripped apart!”@camredpath has been praised by his former school following his call-up to Scotland's Six Nations squad.

Dan Biggar’s great run of recent form and what Scotland’s Finn Russell and England’s Owen Farrell offer means Johnny Sexton may just miss out this time in the stand-off stakes.

I know he only has one international cap, but knowing how much Townsend likes Cameron Redpath and a ball playing 12, the Scotland youngster could be a ‘bolter’ for one of the centre spots.

And in the back three, Wales’ Louis Rees-Zammit and Scotland’s Duhan van ver Merwe are still new to the international stage and still have plenty to work on, but their raw pace and skills mean they offer a point of difference in attack.

I’m away for a lie down now…