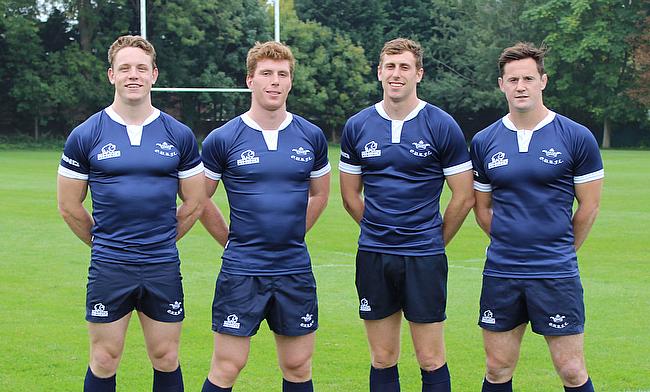 Dom Waldouk will finally get his chance to bid for an Oxford blue at Twickenham next month when he makes his debut for the students against the Major Stanley’s XV at Iffley Road on Wednesday, 15 November (3.00pm kick-off).

It will be 13 years to the day that the 30-year-old made his London Wasps debut against Oxford University at the same venue in November, 2004. With only three games to go before the 136th clash with Cambridge at Twickenham on Thursday, 7 December, Waldouck will be hoping to make a favourable impression.

He has been picked to play alongside Canadian international Dan Moor in the centre for the Dark Blues having recovered from an injury that has kept him out of the starting XV all season. He went on the tour to the United States, and has trained with the 1st XV, but has yet to play.

A Premiership and Heineken Cup winner with Wasps, Waldouck signed a contract with Newcastle Falcons that allows him to study at Oxford and play for 12 weeks with the Dark Blues up to the Varsity Match, along similar lines to the deal struck by Jamie Roberts at Harlequins when he won a Blue at Cambridge.

The former Wasps, Northampton Saints and London Irish utility back, who joined the Falcons from American side the Ohio Aviators, is studying for a Masters degree in sustainable urban development. His research proposal is around social capital in diverse populations.

“I was desperate to remain part of the Newcastle Falcons group because it’s such an exciting squad which is moving in the right direction. But playing rugby alongside my studies at Oxford was the perfect situation for me,” said Waldouck.

“First and foremost I’m at Oxford to study, but if things work out I’ll hopefully be playing in the Varsity Match. To play against Cambridge at Twickenham would be another great experience to embrace as a rugby player.

“I’ve always loved to challenge myself and I’ve been lucky in my career that I’ve always had the chance to do a wide variety of different things. I’ve played in American club rugby, played in London and the North East.”

He came off the bench to help Wasps beat Leicester Tigers in the 2007 Heineken Cup final at Twickenham and was an England tourist in New Zealand in 2008. He played for the England Saxons in 2009.

The game against the Major Stanley XV is traditionally the final test for the Oxford side before they head to Twickenham. The fixture dates back to 19 November, 1919, and the invitation side is named after the OURFC’s former representative on the RFU, Robert Stanley.

In recent years the students have won the game comfortably, but in the past star-studded teams have arrived packed with international players and provided opposition of the highest order.

As well as having a current international player alongside him in Moor, who played for the Canadians against the New Zealand Maori at the start of the month, there are two other former professional players in the pack who are chasing Blues.

Former Newcastle Falcons and England Saxons flanker Andy Saull is joined by ex-Italian Under 21 cap Roberto Talotti. Both players have stood out since arriving at Iffley Road and should be in line to produce strong performances in the lead up to The Varsity Match.

The Stanley’s squad includes former England Sevens cap Sam Egerton, who played in four Varsity Matches at scrum half and full back, and back row man James Beaufils, who played in last year’s defeat to Cambridge.

The 31st Women’s Varsity Match and 136th Men’s Varsity Match will be take place at Twickenham on Thursday 7 December, with the women’s match kicking off at 11.30am before the men’s match at 3.00pm. Tickets are available from £25 adults and £15 students and juniors from www.thevarsitymatch.com (booking fees apply).