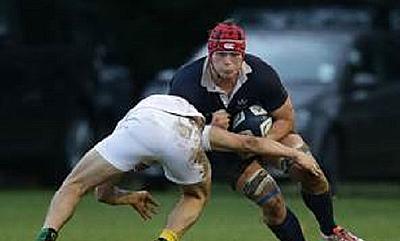 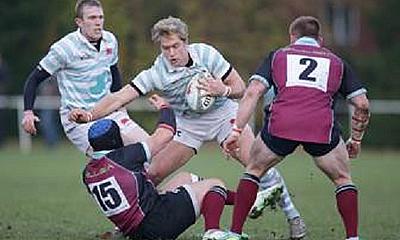 Oxford and Cambridge ready for Varsity showdown
Greenwood: “You won’t find a bigger fan of University Rugby than me”
Oxford take the Men's, Cambrigde romp to victory in the Women's Varsity
Oxford put Cambridge to the sword

With just a week to go until the 135th Varsity match between Oxford and Cambridge at Twickenham, both sides have named their squads.

Current holders Oxford will be led by captain Fergus Taylor and will be joined by fellow lock Andrew Grant and back row men Nic Roberts-Huntley and Will Wilson with all four of those aforementioned players returning to the Blues pack.

In the backs, scrum-half Henry de Berker, wing Tom Stileman (who was awarded man of the match in this fixture in 2015), centre Henry Hughes and full back Matt Geiger were all part of the triumphant side last year and will represent the Blues next Thursday.

Wing Ed David, prop Kieran Ball and fly-half Basil Strang are all amongst the replacements as Oxford go in search of their seventh straight win.

As for Cambridge, Bristol Rugby full-back Charlie Amesbury will follow in the footsteps of Jamie Roberts and compete for the Light Blues at Twickenham next week.

The former England Sevens international was given two months off by Bristol to compete in this Varsity clash before heading back to the Aviva Premiership side to prepare for a their European Challenge Cup match with Pau.

The Light Blues have included Tom Stanley in their line-up who is another player who has professional experience under their belt while prop Will Briggs has one again been included in the Cambridge side.

Two Irishman have also been named in the Cambridge squad with Brain du Toit and Belfast-born skipper Daniel Dass representing the Light Blues.

Elsewhere, the 31-year-old Richard Bartholomew will be aiming to win his fifth Varsity appearance off the Cambridge bench, while Lola Erogbogbo will be hoping his identical twin, Lare, can come on to make it a family double after he won his Blue as a replacement last year.

The Women's Varsity teams have also been announced too. For Oxford, they will be captained by Catherine Wilcock in a team comprised of talented newcomers and experienced players.

Wilcock, who will be aiming for her third blue, will start at fly-half for the BUCS Premier South side that have recently picked up two wins from their last three games. That will give the Dark Blues confidence as they look to take back the Varsity Match title at the home of England Rugby, having been beaten in  the 2015 meeting.

As for Cambridge, captained by Alice Middleton from full-back, they will be looking to back up last year's victory with another strong performance at Twickenham.

Views from the camps

Oxford Captain Fergus Taylor: “What happened last year doesn’t matter. The pressure for us is not to be complacent - we have won six games in a row because we have a template that is successful,” said Taylor.

“It is about recognising that every year is new. We have to keep building from a fresh start and the only pressure on us is not to take anything for granted.

“We’ve got depth across the park, some key experience and some good players running the side.”

Cambridge full-back Charlie Amesbury: “I play better when I’ve got something else going on in my life. Since arriving at Cambridge the emphasis has largely been on the academic work, but it’s something I’m enjoying.”

“If I can have a quiet game and the rest of the boys have the games of their lives then that would be perfect for me. It is a big thing for Cambridge, the University and the city, to try to get this win.

“The pressure is all on Oxford because they have won so many times – it is on them to lose it. We are just going to go out there and play some good running rugby.”

Cambridge captain Daniel Dass: “Even though we lost, 2015 was a fantastic experience and a great game. It was so disappointing to lose, but it was still a great season that built us as a team and me as a person,” said Dass.

“We’ve gathered a bit of momentum with four wins in a row, but we know that that still won’t be good enough on the day against Oxford. Their first-phase defence and desire will be much greater than we have faced recently.

“We will have to play better than we have been doing to win at Twickenham. We’ve had some highly competitive games and, when we stick to our structures, we look really good.”