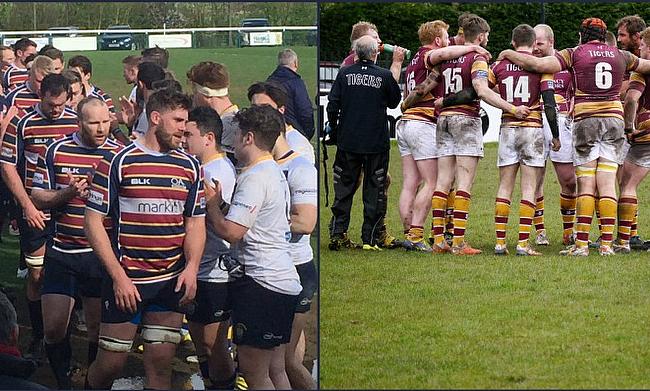 Eight months on from the start of the 2015/16 campaign and it comes down to this in National Two; Which side will be joining Cambridge and Macclesfield in National One next season?

The National Two play-off takes place this weekend between the Old Albanian and Sedgley Park at Woollams as the second placed sides from National Two South and National Two North battle it out for a place in the third tier of English rugby.

The hosts, the Old Albanian, will be desperate for an immediate return to National One and they are now one win away from achieving that aim. James Shanahan’s side suffered relegation 12 months ago, but have responded well from that disappointment.

The OA’s have been a strong contender for promotion right the way through this campaign after accumulating 25 wins this season, but they were pipped to the league title by Cambridge on the final day.

As for Sedgley Park, they have had another strong season in National Two North. They finished third last year behind front-runners Hull Ionians and Ampthill and District, but this term, they have been firmly in the hunt for a National One spot all season long.

For the majority of the campaign, Dean Scofield’s side went toe-to-toe with Macclesfield for the National Two North crown, but blips in form for the Manchester-based side on a couple occasions during the season meant they had to settle for a play-off place.

Both of these sides enter this play-off match on the back off some very positive performances. Shanahan’s men thrashed Launceston 90-3 in their last home outing and come into this crunch fixture on a run of nine straight wins. In terms of Sedge, they brushed aside Harrogate with ease last Saturday and have won their last three games.

But despite the good run of results, OA’s Player/Coach Shanahan admits their focus has been purely on this playoff match.

“I didn’t know we were on that run of nine wins! I just knew we had performed really well following our three defeats at the start of the year and that was encouraging to see,” he said.

“We have responded really well to dropping into National Two South. We never took it has a given that we would be looking for promotion, but as the season has gone on, we have deserved to be where we are. “I feel that we have a great group of players at the club and we have really been looking at this fixture for quite a while, even though we were still in with a shot of the title. Cambridge were excellent this season and we gave them a good fight, but now our focus is to try and get the right result this weekend.

“It really is like a cup final – anything can happen. We will be looking to play our style of rugby and with us being at home, we want to give our supporters something to celebrate this weekend.”

In terms of their opposition, a victory for Sedgley Park will see them take their place in National One for the first time in four seasons and 21 wins this term has enabled them to obtain another shot at the third tier of English rugby.

Sedge’s only defeat in the last month was a 34-19 loss away at Caldy in Round 28 of National Two North, however the Tigers have lost their last two encounters with the Old Albanian losing 31-9 and 39-38 in the 2012/13 National One season.

But, Sedgley Park’s Jonny Matthew insists his side mean business in St Albans on Saturday.

“We are aware of the challenge. They are a strong and well organised side. They also have experience too, but we are going there looking to get the win which I think we deserve. “

To come second in National Two North means we are halfway to achieving our goal for the season which is promotion. Obviously, it was tough for us to see Macclesfield win the league, but we have prepared well for this play-off. Our mentality is spot on and the atmosphere in the squad is great. Now we must go and deliver.”

Matthews’ team-mate Max Ashcroft added: "It's massively important we get it right on Saturday. National Two North is a competitive league and it’s tough to gain an opportunity for promotion.

“We have shown with our strength in depth that we have a squad very capable of promotion and if we play the way I know we can then it increases our chances of getting the right result.”