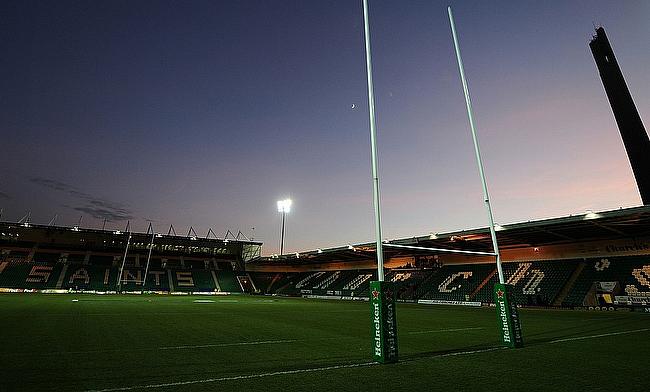 The round 4 Heineken Champions Cup fixture between Northampton Saints and Racing 92 has become the latest fixture to be called-off due to Covid-19.

The game was scheduled to be played at Franklin's Gardens on Sunday but now has been cancelled due to a number of positive Covid-19 cases in Northampton squad.

As a result, the French side has been awarded a 28-0 victory which will seal them the top position in the Pool A unless Ulster beat Clermont Auvergne with a margin of 88 points or more.

Meanwhile, the Saints remain in tenth place in Pool A ahead of the remainder of this weekend’s fixtures and will be featuring in the round of 16 fixtures of European Challenge Cup.

"The men in Black, Green and Gold were due to travel to France today for the Round 4 fixture in Pool A, but returned a number of positive Covid-19 results overnight in the squad’s final round of PCR testing," read a statement from Northampton Saints.

"Following consultation with EPCR and PRL, it was decided that the team should not travel, and therefore Northampton Saints are unable to fulfil the fixture. In accordance with the Tournament Rules, Racing 92 were awarded a 28-0 victory and five match points, with Saints gaining no match points.

"EPCR acknowledged the efforts of both clubs to fulfil the fixture, and reiterated that awarding the match to Racing 92 is a tournament management measure with the objective of ensuring that all fixtures in the 2021/22 Heineken Champions Cup are accounted for, and not a sanction."