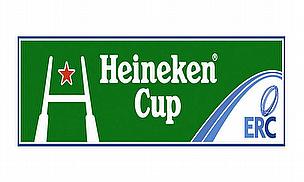 Premiership leaders Northampton Saints began their Heineken cup campaign on Sunday with a stunning comeback against Glasgow Warriors at a near full Franklins Gardens.

The Warriors, who are still yet to obtain an away victory against an English club in the competition to date, initially managed to gain a 15-0 lead after Josh Strauss and, former Saint, Sean Lamont crossed the whitewash in what was a dominant first half hour for the Scottish side.

Saints however hit back almost immediately after a brace of tries from Samoan international, George Pisi, to bring the Saints within 5 points going into the halftime break.

Another score early in the second half from fly-half, Stephen Myler, saw the Saints take the lead for the first time in the game, and winger Vasily Artemyev clinched the bonus point just 10 minutes from time.

Saints boss, Jim Mallinder, had previously stressed the importance of opening their campaign with a home victory if they are to save the embarrassment of last year's campaign and advance from the pool and into the latter stages of the competition, due what will be a difficult fortnight in mid-December due to back-to-back games against last season's beaten finalists Ulster.

Saints, the 2000 Heineken Cup winners and runner's up two seasons ago, were completely shell-shocked by the Scottish visitors within the first thirty minutes. Much similar to the events that happened the previous week for the in a shock defeat by London Irish at Madejski Stadium.

The Pro Direct side, Glasgow, were gifted their early lead after Saints prop Soane Tonga'uiha was judged to have collapsed the scrum right in front of the posts which set up an easy 3 points for centre, Peter Horne to convert.

The Saints defence then struggled to cope with the Warriors' fantastic mix of the pack driving the ball through the middle, intertwined with shifting the ball wide and attacking down the flanks.

Strauss crossed the line after a sublime line-break and off-load from captain, Al Kellock. Former Saint, Lamont, then slipped over in the corner after several missed tackles on his journey there.

It was clear that Saints had been stunned by this early dominance and the home fans went relatively silent.

However, a swift line-break by 'Tiny' Tonga'uiha, the ball was recycled quickly, and after centre, George Pisi failed to find winger, Artemyev, the ball luckily found its way back into his hands and the Samoan was able to cross the line. Myler was unable to convert.

And within 4 minutes, winger, Ken Pisi spotted a slack in the Scottish teams defence and was able to hit the gap at pace and set himself in open space. Following the drift from the full-back coming across to cover the mistake, Ken was able to find brother George in close support and the try was scored under the posts for an easy conversion.

Myler, who was only able to kick one from five attempts throughout the who game, strolled over the line from five minutes into the second half and subsequently the Saints took the lead for the first time in the game.

Glasgow struggled and stretched to try and find a way back into the game; however a sweeping cross field move saw Artemyev collect the bonus point score within ten minutes from the final whistle.

Saints continue their campaign with an away trip to Castres, who lost a staggering 41-17 to last season's beaten finalists, Ulster.