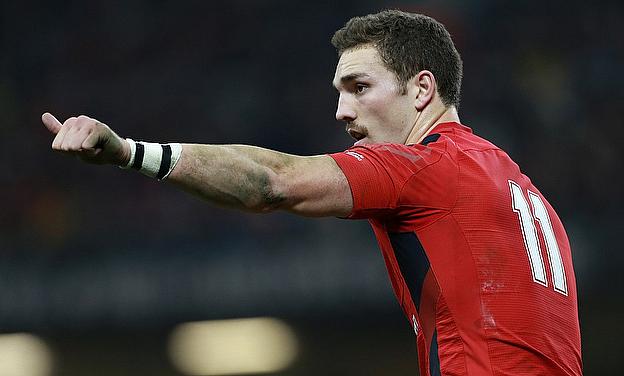 Wales wing George North, who could feature in the centre for the RBS 6 Nations clash against France on Friday night
©PA

Wales are overcome with injuries in the centres, beginning with the loss of Scott Williams from their plans after he suffered a shoulder injury during their 26-3 loss to Ireland in the last round of the competition.

The starting line-up is to be named by Warren Gatland on Wednesday, with North and James Hook seemingly the leading contenders to join Jamie Roberts in midfield.

North, one of the most destructive wings in world rugby, moved into midfield after Williams went off midway through the first half in Dublin.

And he is now favourite to retain that role, with versatile Scarlets back Liam Williams lining up on the wing for a game that Wales must win to keep alive any realistic Six Nations title hopes.

McBryde admitted that Wales' midfield options were "a bit thin."

"Someone has got to run there (centre), and those decisions will be made later in the week," he said.

North, whose 37 Wales caps have all seen him selected as a starting wing, featured in the centre for his club Northampton when they claimed a superb Heineken Cup victory over Leinster in Dublin two months ago.

McBryde added: "Jon Davies is not going to be available for the match against France. There is a possibility he will play for the Scarlets next week to give him some game-time.

"With regards to Ashley Beck, Ashley trained with us last week and played for the Ospreys yesterday (Sunday).

"Having said that, he feels he is not quite ready for the step up to international intensity. He wouldn't be doing himself any justice, so in conjunction with the Ospreys, we are working closely with Ashley with regards to that.

"I think he has been pretty honest with himself, and said that he wouldn't do himself justice."

Despite the crushing defeat against Ireland - Wales' biggest Six Nations reversal since 2006 - Gatland is not expected to make wholesale changes.

"He trained with us last week, he has passed all the fitness tests and he has taken a full part this morning as part of the unit’s session with the forwards and he has come through that all right, so everything is looking positive as far as he is concerned.

"Everyone is realising what is ahead and doing their utmost to put things right for the next game.

"When you lose, especially in the manner we did against Ireland, one thing it does is it points you in the direction of the areas to work on.

"We have been left in no doubt of where we have been exposed, so we have focused on those areas.

"A lot of the things, they can be put right overnight. Nobody is looking further than themselves with regard to what they can do to improve and make sure that doesn't happen again.

"There has been a big show of hands with regards to being honest with ourselves, not pointing the finger at anyone else and knowing we have all got a part to play with regards to putting things right and moving on.

"We have been pointed in the directon of our weaknesses, and we have had to address them.

"It is all about getting our house in order and controlling what we can control.

"Attacking-wise, we need to improve our quality of (lineout) service and our delivery, and make sure we are all on the same page, and defensively in terms of the lineout shore up the weaknesses that were exposed against Ireland."