North moves to the midfield 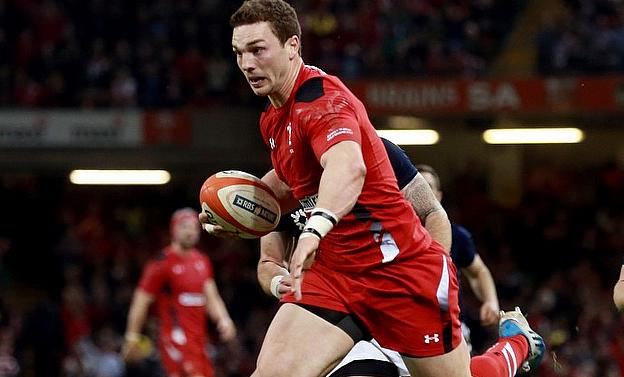 George North will start in the centre when Wales open their autumn Test campaign against Australia at the Millennium Stadium on Saturday.

With Jonathan Davies and Scott Williams both absent due to injuries, Wales head coach Warren Gatland has switched juggernaut Northampton wing North into midfield, where he will be partnered by Jamie Roberts.

In-form Scarlets back Liam Williams will wear the number 11 shirt, while Rhys Webb has edged out Mike Phillips for the scrum-half role.

Davies and Williams both picked up injuries during the second round of European Champions Cup games last month.

Clermont Auvergne centre Davies suffered a shoulder problem during the victory over Sale Sharks, while Scarlets back Williams reported hamstring trouble when the Welsh side defeated Leicester.

North, though, is no stranger to midfield, having started there when Wales beat France during last season's RBS 6 Nations Championship, and he has also featured at centre for Northampton.

Webb's selection ahead of 87 times-capped Phillips is no real surprise, while James' impressive form in Bath colours this term has seen him win the vote ahead of cap centurion Jenkins in a team that will be captained by flanker Sam Warburton.

Elsewhere, full-back Leigh Halfpenny returns after missing Wales' last three Tests because of injury and he will be joined in the back three by Williams and Cardiff Blues wing Alex Cuthbert.

Webb, Warburton, Halfpenny and hooker Richard Hibbard all missed Wales' summer tour of South Africa due to injury, but are now back for a demanding autumn campaign that will also see Wales face world champions New Zealand, South Africa and Fiji.

"We have spoken a lot about this autumn and the year ahead, and we are really excited to kick off the campaign this weekend," Gatland said.

"We have had a couple of very hard weeks at training. The squad have been put through their paces, but have come through well.

"It's good to be able to bring back a number of players who missed the last two Tests, and they add to what is a very experienced side.

"Injuries in the midfield means we get to see Jamie and George line up together there again and we were pleased with how that went earlier in the year.

"We have been impressed with the form of Rhys and Dan (Biggar) at half-back for the Ospreys, so it will be good to see them together on this stage again. Paul James and Jake Ball have impressed as well, so they get the nod to start.

"The last few outings against Australia have been extremely tight. We are expecting the same this weekend and its going to be another huge battle, but it's a challenge we are really looking forward to."

Wales have lost nine successive Tests against Australia, although five of those defeats were by four points or less.