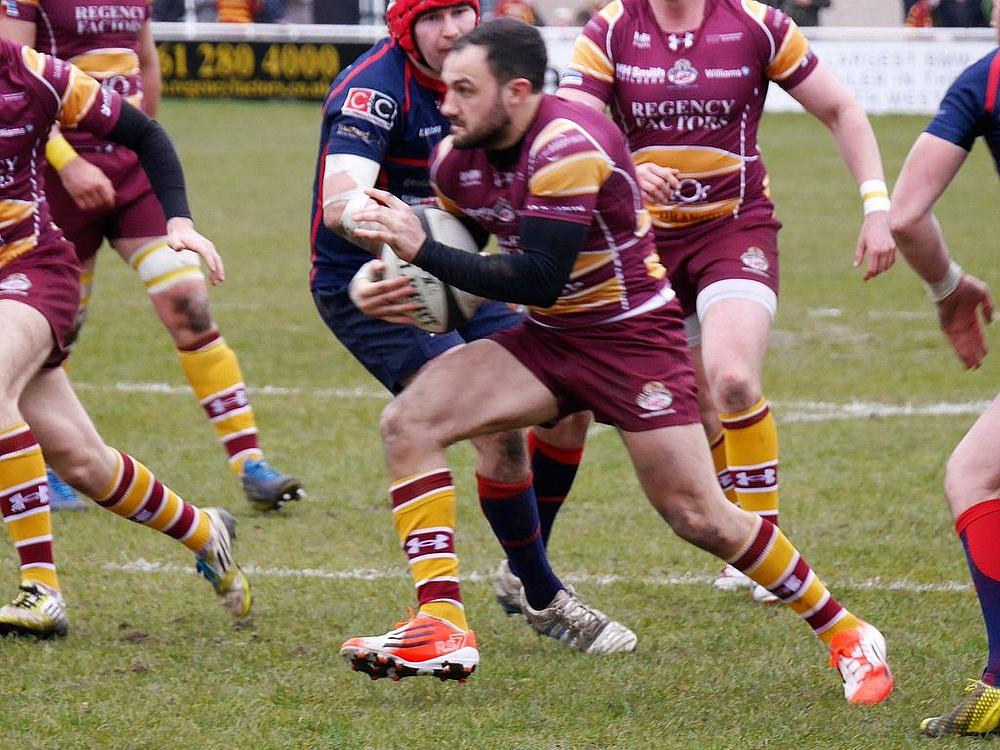 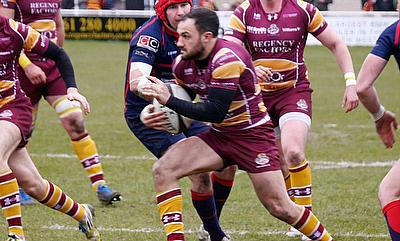 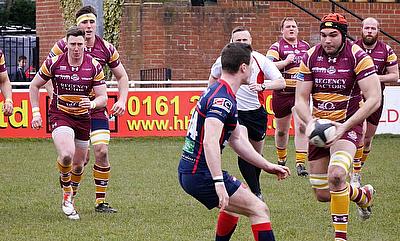 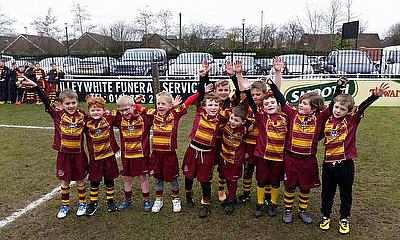 A mass of mini and junior Tigers greeted both teams onto the field in this National 2 North encounter and at the end of the game it was the Tigers celebrating a bonus try win.

Tigers were setting up without Collins, Wilkinson and Matt Riley in the back division; the home crowd rumbling it was makeshift! They didn’t exactly eat their words in the fifth minute but it was Curtis Strong over for a try; this new back line looked fast and precise. Chester had set up for the Tigers to attack around the 9 and 12 channel; the normal plan A for the home team. Instead there was no crash ball, there was fast hands.

Having stepped up to 10 the previous week it was Rob Holloway pulling the strings and releasing Andy Riley and Tom Bedlow in the centres. This combination saw Riley score a try and the score was 14-0 after 16 minutes.

The Tigers backs continued to get the ball wide and were really stretching the Chester backline and back row; Sam Lothian performing well for the Tigers at full-back. The Chester forwards had set up with former Tiger Blackwell at loosehead and the formidable Strudwick at tighthead; and it was Strudwick who was bossing the scrum. Despite his efforts the Tigers pack were digging in and Birtwell, Crous and Lloyd making line breaks. On 20 minutes it was Crous who broke free of 3 Chester tacklers to go over for a try.

The Tigers were now confident and the backs expansive; beautiful flowing rugby and Lothian adding pace and strength to score try number 4. More ambition from the Tigers saw a line out and strong driving maul for Crous to score his second, making it 29-0 at half-time.

Coach Schofield made changes to his front row during the break and his decision was inspirational as on 44 minutes, the Tigers had a scrum on 15 metres. The scrum was expertly controlled and the Tigers pack drove forward, quickly approaching the try line and with it a penalty try. The look on Matthews, Ashcroft and Crous’ faces said it all.

With the scrum now under the control of the Tigers, the Chester backs attempted to attack the Tigers defence. This approach kept the game quick and it was the Tigers backs that were tiring; but not full back Lothian who crossed for his second try - watch below:

Credit to the Chester backs who had decided in a losing cause they would express their own attacking credentials. Sheer determination and quick feet gave Chester’s Harrison the opportunity to score a fine individual try.

The Tigers pack were able to dominate from the re-start and replacement Shaun Manley powering across the line for Andy Riley to convert and take the final score to 48-5.

The Tigers' “makeshift” backline had been superb for 65 minutes, and in Holloway and Lothian a new dimension added to their armoury. On the day Lothian’s performance stood out and he was the Talking Rugby Union MOTM.