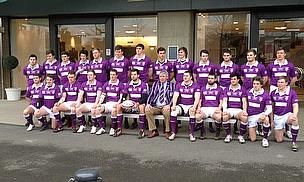 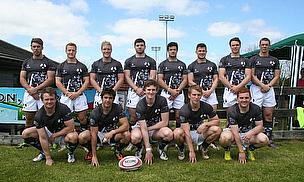 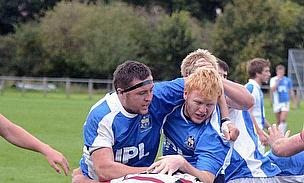 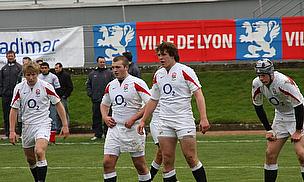 We caught up with TRU’s Max Ashcroft to discuss the forthcoming rugby season. Max is starting his second season with National 2 side, Sedgley Park Tigers and his final year at Man Met University.

Over the past seven years Max has been fortunate to play with many of the players likely to have a massive impact this season.

"I represented the North of England at 16’s and 18’s playing in some heavily weather-affected festivals at Broadstreet and West Park, Leeds. That meant playing with and against players who are now playing at all levels in the UK and Europe.

"I then had two years with Bath Rugby and again my compatriots are now playing up and down the country," Max told us.

Looking at today’s team announcements we asked Max for his memories of certain players.

Simon Hammersley starting at 15 for Newcastle Falcons: "I met up with Simon for the Heineken Kinsale7s. He was a key member of the PridePassionParty and RedPanda squads in 2012 and 2013.

"He was a real match winner, a great step and ability to break the tackle. I have watched his progress with Durham University and the Falcons Academy; it comes as no surprise that he is starting."

Tom Dunn on the bench for Bath Rugby: "Great character that has transitioned from prop to hooker really well. I played with him at both Bath Rugby and Bath University. He is a really energetic and strong ball carrier."

Henry Thomas on the bench for Bath Rugby: "I really doubt Henry remembers me. I was his opposite number for the North versus the Southwest at Broadstreet for the 16’s festival. I had never seen rain like it and scrummaging was hard work.

"Henry was an athletic opponent who had a great understanding of the game. He has done incredibly well for Sale and England; his return back to the West Country will suit him."

Kyle Sinckler starting for Harlequins: "Kyle played in the 18’s festival in Leeds for the South East. He was one of the strongest scrummagers I had faced.

"On the day it was a very even contest but the SouthEast were a huge unit and won the day. It was also the first time I met up with the giant second row Will Spencer, now with Bath. I believe he is capable of challenging Cole and Thomas as England’s tighthead."

Sale Sharks appear to have a number of players with whom Max has played with and against. These were his thoughts: “At North 18 I played alongside Will Addison, Mark Jennings, Ross Harrison and Josh Beaumont.

"I have watched their progress in the North West and it seems to me that they have had fantastic opportunities to get 1st XV experience; that will stand them in great stead in future years."

Max then turned to his Iphone and started to download photos of these exciting new players. We at TalkingRugbyUnion hope to bring you more of their progress in the coming weeks and months. We will also try to get more insight from Max.