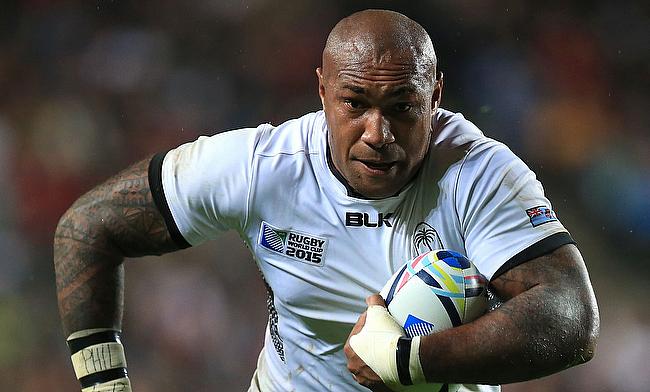 Nemani Nadolo has pulled out of Fiji Tests due to personal reasons.
©Press Association

Fiji wing Nemani Nadolo has decided against participating in his country's campaign against Tonga, Samoa and Georgia in Suva next month due to personal reasons.

The 28-year-old conveyed his decision to head coach John McKee and will be heading to his home in Australia.

"At the end of the day we're rugby players, but we're human as well," Nadolo said.

"There's things I need to sort out back at home."

However, the Fijian is all set to join his Super Rugby team Crusaders this week after the completion of the four-week ban following his dangerous tackle on Waratahs halfback Tomas Cubelli in Canberra on 24th April.

Speaking about the incident, Nadolo said he was surprised by the sanction given to him by the board and is confident of not repeating the act again.

"I was sort of surprised when I got to Sydney and they told me I was cited. I knew then I was going to spend some time on the sideline, but I didn't think it would be that long.

"Look, I have done my time. Four weeks is a very long time, I have learned my lesson."

Crusaders coach Todd Blackadder had released Nadolo from the camp during the ban period to allow the winger spend some time with his family in Australia.

However, Nadolo was working with his personal trainer and now is all set to join the Crusaders for the Saturday game against Blues at the Eden Park.

In his absence Crusaders have managed victories against Reds and Waratahs but lost to the Highlanders and are currently placed second in the New Zealand group with 41 points from 11 games.

Nadolo also backed Jarryd Hayne's move to switch from the NFL to Fiji Sevens, even though the 28-year-old didn't have an impressive debut in the London Sevens.

"I reckon he is going to do well. He is one of those athletes who will learn really fast. Not many people would do it, so you have to give credit to the man."