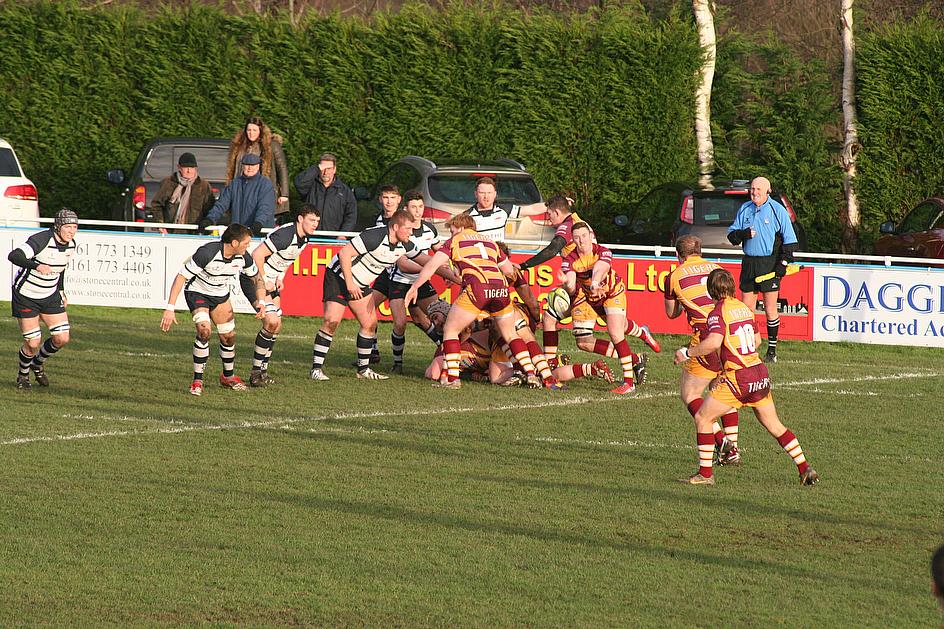 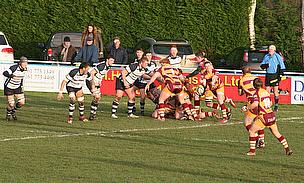 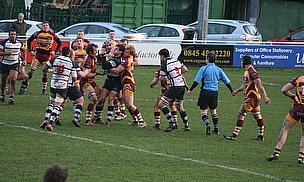 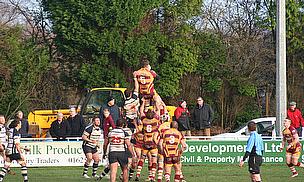 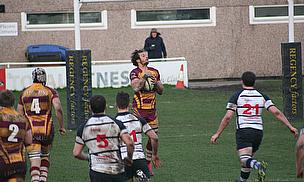 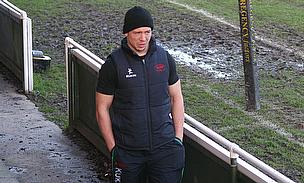 Sedgley Park with a point to prove at their home ground against local rivals Preston Grasshoppers, Nations 2 North League.

"No change in fortunes for Hoppers as they went down to their fourth consecutive defeat at Sedgley Park," was the comment on the Preston Grasshoppers website. This was a local derby and in many ways, it was Tigers losing to Hoppers earlier in the season that galvanised the Tigers towards the top of National 2N.

The Tigers pack proved to be a massive handful for Preston. The Tigers squad was kept together following last seasons relegation but a young front row was brought in. Starting with the first scrum, the Grasshoppers pack felt the full force of the Tigers pack. The dominance of the pack was to lead to a high penalty count early on. This proved an early Christmas present for home kicker Steve Collins who helped himself to five successful kicks.

In open play, the two sides were pretty even with strong defences and both sides putting some attacks together but, after 23 minutes, after a missed tackle in midfield, home centre Waywell raced under the posts.

The Preston Grasshopper's website reported: "The Hoppers’ pack threatened briefly with a long rolling maul but lost field position after a penalty was reversed and Park finished the half on the attack, repulsed only at the expense of Napier’s injury but a deficit of just 13 points meant that Hoppers were very much in the game at the break."

The nature of rugby provides examples of courage but with the incident to Napier we saw the immediate awareness and caring of Tigers and Grasshoppers players alike. Both Holmes and Bishop protecting and comforting Napier - well done.

At the conclusion of the first half the highly rated prop Mo Mustafa had seen his set piece destroyed by Tigers Ashcroft and Matthews. At the restart Mustafa proved how impact full he can be in broken play; after some good handling and support play, Mo Mustafa powered over and Lewis Allen’s conversion made it 13-7.

It was Hoppers who then infringed to concede another three points before their cause was helped by a red card for home prop Hymes after 49 minutes. The crowd sensed that this was an opportunity for Hoppers to capitalize. That was not to be as Crous, Lamprey, Bishp and Ashcroft crowding the midfield. The intensity led to some ineffective tackling by Hoppers and it was Juan Crous who made ground to set up another Collins penalty.

Tigers forwards were galvanised by the red card to Hymes and from a lineout it was hooker Matthews diving into the corner for a well worked try that was well converted.

Then a break by Hoppers replacement, Craig Aikman, was clinically finished by winger Adam Birchall and at 26-14 there was the possibility that against the 14 men of Tigers the Preston team could make progress. However, it was not to be as  Aikman saw yellow for repeated team misdemeanours, conceding another penalty and, in the final few minutes, another opportunist try from Matthews and a second for Waywell from an interception sealed the four-try bonus point.

The home team were dominant in the scrum and with Collins flat on the gain line, Riley and Waywell were a handful. Grasshoppers looked to be carrying injuries in the backs and were not able to break the first tackle. The loss of Napier reduced their effectiveness at the lineout.

Grasshoppers Coach Michael Lough commented: “Yet another influential player on the sidelines to add to our problems. It was a very physical game and we put in some big hits but also fell off some tackles at critical moments. There were glimpses of what we can do but our discipline let us down and the better side won on the day.”