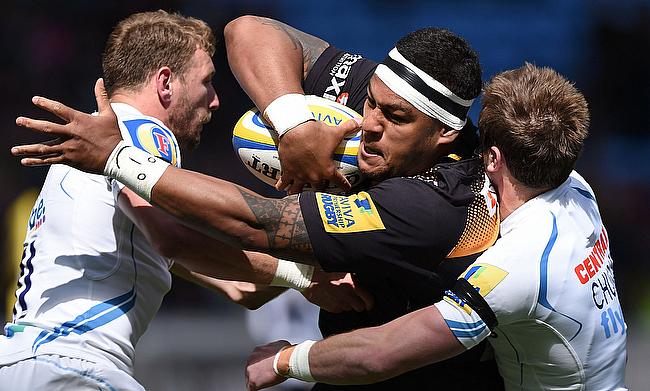 The Fiji-born powerhouse will qualify for England at the end of June, and recently confirmed he will make himself available for Test selection for head coach Eddie Jones' set-up.

The 24-year-old rejected the advances of his native Fiji and sat out the 2015 Rugby World Cup in a bid to complete the three-year residency qualification period to be eligible to represent England.

Wasps have moved quickly to tie down the in-demand Hughes to a new deal, fresh from securing an extended contract for club captain and England flanker James Haskell.

"I'm really excited to have signed a new contract with Wasps as I can see the direction the club is going in," said Hughes.

"I really appreciate Dai giving me the opportunity to come here and over the past two years it has been a great club to be part of.

"We have secured our own home and have seen some really exciting players joining Wasps and I really want to be part of the club moving forwards.

"We know success won't happen overnight and there is a lot of work to do, but long-term we really want to be a squad winning silverware - that has to be the ambition.

"We know we need to improve our league form and get consistency in our game, so that will be our focus during the second part of the season."

Young tipped the hard-running flanker to fight hard for an England berth once he qualifies for Test action.

"We are thrilled Nathan has committed his future to Wasps: it was a no-brainer offering him a new contract and I'm sure a number of other clubs would have been tracking his progress closely," said Young.

"Nathan has made a huge impact since joining Wasps and the great thing is there is so much more to come from him.

"He is only 24 and is still raw in some aspects of the game, having only made the switch from hockey to rugby at 17.

"He has really worked hard on his defence and his work around the pitch this season, to add to his natural ball carrying ability and attacking attributes which are so influential in helping us get on the front foot.

"Given his growing performances this season, it's no surprise many are talking about him as an international prospect for England when he qualifies over the summer."

Injury on Samoa duty in the build-up to Rugby World Cup 2015 limited Johnston's Wasps openings, leaving boss Young to accept the 29-year-old's departure as the best course of action.

"It is unfortunate that James has not been able to train regularly since joining the club, as we were really looking forward to seeing the impact he could make in a Wasps shirt," said Young.

"Unfortunately for both parties, this couldn't happen, and he leaves with our very best wishes for his next steps."