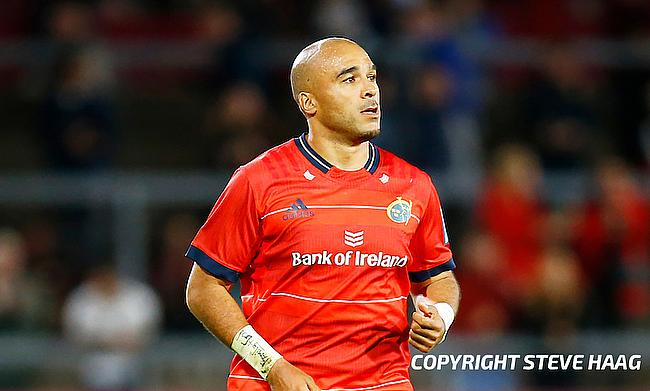 Munster have received a major boost ahead of their Heineken Champions Cup game against Castres with Simon Zebo cleared following a disciplinary hearing.

Zebo was sent-off in the 15th minute during last weekend's United Rugby Championship game against Ulster for a high tackle but despite his absence, Munster went on to win the game with a 18-13 margin.

The 31-year-old faced an independent disciplinary hearing comprising of Declan Goodwin (Chair, Wales), Frank Hadden and Sarah Smith (both Scotland) with the panel clearing him of a foul play.

“A Disciplinary Panel met today (Wednesday, January 12) to consider the red card against Simon Zebo (No 11) of Munster Rugby which occurred against Ulster Rugby on Saturday, January 8,” a URC statement read.

“The Player received a red card under Law 9.13 – A player must not tackle an opponent early, late or dangerously.

“The Disciplinary Panel of Declan Goodwin (Chair, Wales), Frank Hadden and Sarah Smith (both Scotland) considered all of the evidence and camera angles available and concluded that the Player’s actions did not result in foul play.

“In particular, on detailed examination of the video evidence, the Panel determined that it was No 10 of Munster Rugby who completes the tackle on Michael Lowry (No 15) of Ulster Rugby, with Simon Zebo only making minimal contact whilst wrapping his left arm.

“As a result, the player is free to continue playing this weekend.”