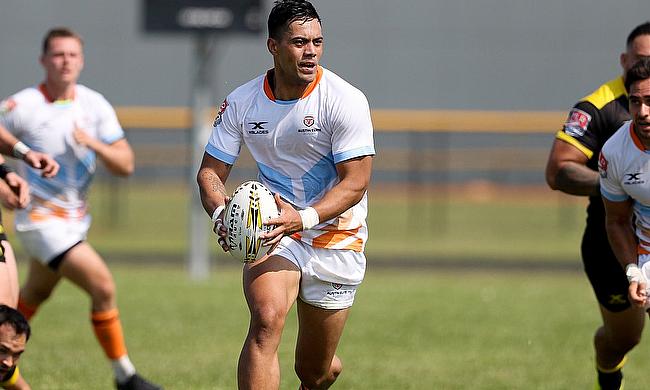 Before the visit of Austin, Utah had been struggling to find their footing in the MLR. They lost on their debut in the competition to San Diego in California and their opening home fixture against the impressive Glendale Raptors.

This week was a turn in fortunes for Utah, as Austin continued their varied form. It was Tongan fly-half Kurt Morath who began the scoring with a penalty in the 13th minute. Jared Whippy added a try some minutes later and Morath added the extra two points. USA international Paul Lasike also scored a try, but Morath failed to convert the score.

Thanks to all who came out to show support and to @Austin_E_Rugby for making us work for the W! #StandStrongStandAsOne pic.twitter.com/kI5CuP5NEq

The Elite finally sprang into action on the half an hour mark, scoring a try through Irishman Marcus Walsh. French fly-half Timothee Guillimin promptly added two more points when he converted the try. It was Utah who ended the half with momentum with Josh Anderson going over the whitewash to score a try. Morath calmly added two points to bring the first half to a close.

At the start of the second half, Utah were under the cosh as Austin Elite scored the opening try. Hanco Germishuys went over for his side, but Guillimin failed to add the extra two points. It took Utah the best part of 15 minutes to find their feet in the game again. Tongan wing Fetu’u Vainikolo continued his good form in the league by scoring yet another try for his new club. His compatriot, Morath, failed to score his kick.

Following Vainikolo’s try, there came a lot of pressure from Austin. Guillimin scored a penalty goal and then Marcus Walsh scored another try before Guillimin converted the Irishman’s effort. This pressure soon left the Texans who quickly conceded tries to prop Maika Hafoka and then Zimbabwean Joseph Nicholls in the closing stages of the game. Kurt Morath converted both scores to give Utah a 41-22 victory which was their maiden win in the MLR.

Seattle returned from their fallow week fresh and ready to get back winning ways. Their opposition was NOLA Gold making their fist ever home appearance in the MLR.

The home side started the brighter scoring early on through USA qualified Ratu Peceli Rinakama, nut the conversion was missed. Seattle hit back just over 10 minutes later when

NOLA winger Jojo Tikoisuva slotted three points just before his Canadian teammate Hubert Buydens bundled over the line to score a try. Captain Taylor Howden took over conversion duties and landed his kick. Seattle got back into the game when Will Holder crossed. Smith comfortably converted this try in what was a classy display from the Aussie.

The opening 20 minutes after the interval was far more fruitful for Seattle who stared the second half with a bang. William Rasileka, the 33-year-old former Fijian 7s captain, scored early on and winger Peter Tiberio scored a try as well. Smith cooly converted both tries.

NOLA’s captain Taylor Howden tried to bring his side back into contention, scoring and converting a try in the 63rd minute. Matthew Turner, the former England seven’s player, then scored a try that the unflappable Smith converted. The Gold went over for a token try in the 74th minute to make Seattle’s end of the game shaky with flanker Matt Hughston scoring for NOLA, but the visitors held on to win 29-31 on their return to the tournament.

San Diego visited the form team in the MLR, Glendale, looking to topple them off the summit of the division in what looked like it was going to be the game of the week. Glendale started the better with Will Magie opening the scoring in the 11th minute with a try, which he failed to convert.

Soon after Magie’s try, San Diego’s American Football convert Sione Tuihalamaka scored yet another try as he transitions into the prop position. USA international Dylan Audsley added two points from the tee. Glendale did hit back though as full-back Maximo De Achaval scored a try and Magie finally nailed a kick at goal.

San Diego ended the first half on top after USA hooker Pat Blair found himself scoring a try. Audsley added the two points, bringing the first half to its conclusion.

The Legion started the second half in a similar fashion to how they ended the first. Former Cheetahs prop Dolph Botha scored a try for himself and Audsley comfortably added two points from his boot.

Then came a Glendale onslaught. Kelepi Fifita went over for a try of his own and winger Seth Halliman added another try within minutes. This period saw Magie slot two more conversion. San Diego could only respond through two Dylan Audsley penalties.

Glendale secured the victory in the 76th minute when US hooker Zach Fenoglio stumbled across the line. Magie scored the conversion to seal a 31-27 win in Glendale’s favour as they continue to look like favourites in the competition.

There are only two games this weekend. Houston visit NOLA in what will be an interesting encounter while the second match sees Seattle return home to face a buoyant Utah side.