Mike Ross set to retire at end of season 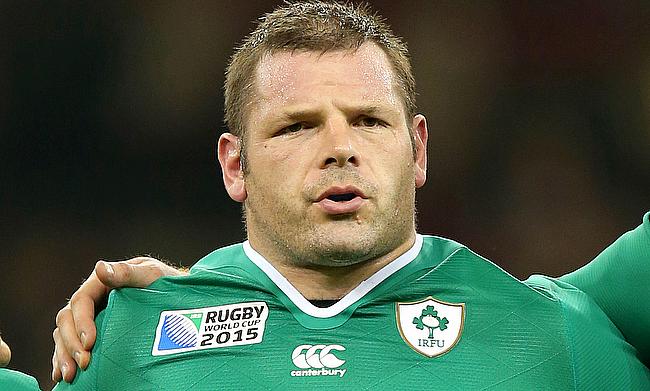 Ireland international Mike Ross has announced his decision to retire from professional rugby at the end of the ongoing season.

The 37-year-old made his debut for Ireland in 2009 and has gone on to play 61 Tests including nine World Cup games with his last appearance coming in June 2016 against South Africa.

Ross has made a start for Ireland in 59 out of the 61 games and was also part of the Six Nations title winning squads on two occasions.

Having represented Munster and Harlequins in the past, Ross was a part of Leinster squad since 2009 and helped the Irish province side win two European Cups, the European Challenge Cup and two PRO12 titles.

"Rugby has been a huge part of my life, and I've been incredibly lucky to have been a part of some amazing teams," Ross told Leinster's official website.

"In particular, I will never forget winning the European Cup in 2011 or the Six Nations Championship in 2014.

"I never dreamt, having had such a late start in the professional game, that I would go on to achieve such goals, or win 61 caps for Ireland. I am indebted to my team-mates and coaches, my friends and family."

"Mike has played such a major role in Leinster's successes since he joined from Harlequins in 2009.

"He was at the very heart of Leinster's famous comeback against Northampton in the 2011 European Cup Final with a brilliant second-half scrummaging display that helped turn the tide of momentum.

"And the following season he played a huge role once again as the Leinster scrum pushed (European Cup final opponents) Ulster off their own ball in the first-half that led to a try.

"Mike has also been a great mentor to some of our younger props, always being prepared to pass on his experience to ensure their continued development."