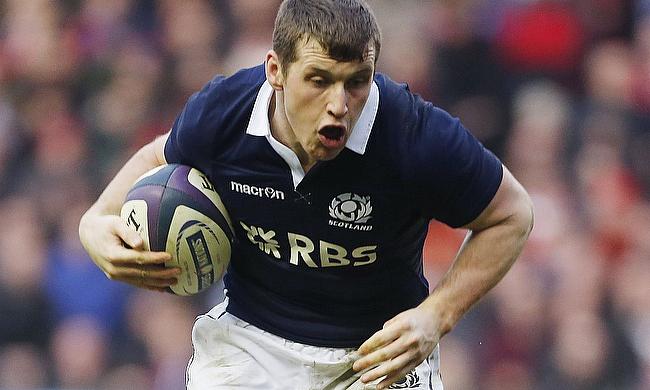 Mark Bennett was the lone try scorer for Edinburgh
©PA

Jaco van der Walt scored the decisive penalty goal in the 71st minute as Edinburgh edged out Sale Sharks 16-15 in the second round of the Heineken Champions Cup at AJ Bell Stadium.

This is Edinburgh's first win in the tournament as they move to the sixth people in Pool A while Sale Sharks are at eighth place.

Jaco van der Walt missed an early chance to get the first points with penalty kick going wide in the second minute. Sale Sharks looked dominant in the opening half as Denny Solomona darted in the corner in the 13th minute followed by a conversion from Robert du Preez.

As the first quarter was about to end, Rohan Janse van Rensburg went past Mark Bennett for Sale Sharks' second try as they headed into the break with a 12-0 lead.

Edinburgh finally broke the shackles in the 52nd minute when Bennett dived from close range and van der Walt followed with a conversion and kicked two more penalties in the 59th and 61st minute to make it 12-13.

Robert du Preez with his maiden penalty goal in the 69th minute helped Sale Sharks seize the lead but they suffered a setback as Jean-Luc du Preez was yellow carded for a shoulder to the head tackle and van der Walt with his three-pointer ensured Richard Cockerill's men completed a one-point victory.