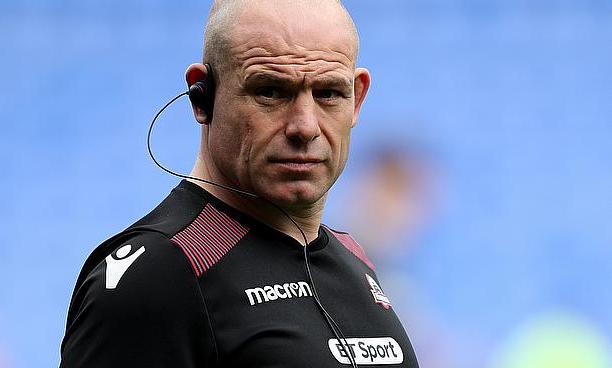 Edinburgh have registered their first win of the season
©PA

Edinburgh managed to see off a stubborn Scarlets as they completed a 3-6 victory in the fourth round of Pro14 at Parc y Scarlets on Sunday.

This is Edinburgh's first win from four games as they are at fifth place in Conference B with six points while Scarlets are at fourth place.

Edinburgh's win was also greatly helped as Scarlets lost Werner Kruger to yellow-card in the 58th minute and Josh Helps to red card in the 61st minute.

Edinburgh dominated the early scrums and managed to win three penalties - none of them could be converted to points. As the half time was approaching,

Scarlets brought Rob Evans for Phil Price but another scrum offence provided Edinburgh an opportunity that Jaco van der Walt kicked to provide them a slender 0-3 lead in the opening half.

The scores were levelled in the 51st minute when Angus O'Brien slotted a three-pointer but their indiscipline costed them dearly with Kruger sin-binned in the 58th minute and van der Walt responded with a penalty goal with the visitors having a three-point lead at the end of the third quarter.

The decisive blow though came in the 61st minute as the Welsh regional side lost Helps to red card for a dangerous tackle on Edinburgh wing George Taylor. Even though Scarlets survived the numerical disadvantage, they could not narrow down the gap as Edinburgh completed a thrilling three-point victory.