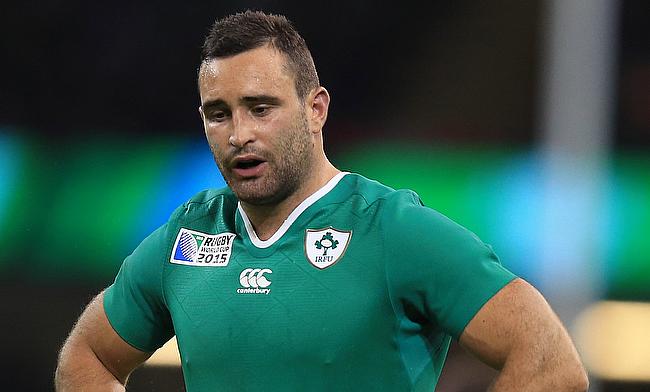 Dave Kearney was one of the try-scorer for Leinster
©PA

Leinster maintained their impressive run in Pro14 as they defeated Ospreys 7-26 in the fifth round at Liberty Stadium on Sunday.

This is 24th consecutive win for Leinster in the tournament and they have consolidated their top position in Conference A with five wins from as many games while Ospreys are at third.

Leinster flanker Scott Penny was yellow carded in the eighth minute after a driving line-out was collapsed and Ospreys were awarded a penalty try to start the proceedings.

As the visitors returned to full strength, they levelled the scores as James Tracy dived over the line at the back of a lineout and Harry Byrne improved it.

The Irish side doubled their tally in the 26th minute as Rory O’Loughlin set up Dave Kearney over the line and Byrne improved it making the scoreline 7-14.

The Leinster winger set up Penny for his first try in the game in the 33rd minute as the opening half ended with a 7-19 lead for the visitors.

Ospreys had a chance to narrow down the lead but a long-range penalty from Cai Evans went wide. However, Leinster went on to claim the bonus point by the 57th minute with replacement Peter Dooley dotting down as they went on to complete a 19-point victory.