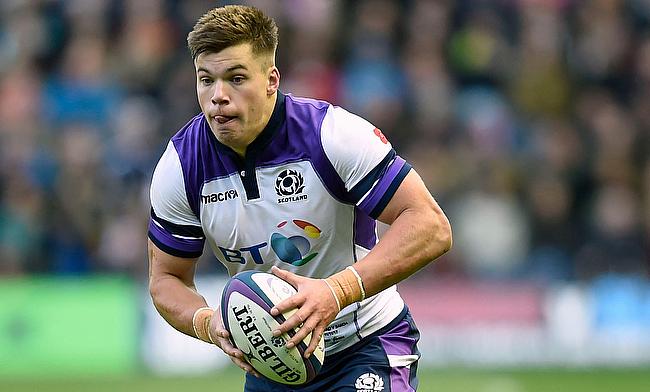 Huw Jones was the sole try-scorer for Glasgow
©PA

Huw Jones scored a try while Pete Horne kicked three penalties as Glasgow Warriors defeated Cardiff Blues 19-10 in the 8th round of Pro14 at Rodney Parade.

In a tricky period, Blues had a try turned down with Tomos Williams sending Owen Lane over the line with a kick but replays showed Gwilym Bradley had a knock-on. Their troubles compounded as Brad Thyer left the field injury for a head injury assessment.

Horne with his second penalty at the stroke of half-time ensured the Scottish regional side had a slender three-point lead in the opening half.

The Blues seized the lead with Aled Summerhill fed Kristian Dacey over the line in the 45th minute and Evans improved it making the scoreline 10-6. Their momentum dipped when Bradley was sin-binned for a deliberate knock on and Horne immediately responded with a three-pointer to bring the gap down to one point.

The Blues returned back to full strength but in a decisive 70th minute, Jones intercepted a pass from Mason Grady to dot down while a conversion from Thomson saw the Scottish regional side complete a nine-point victory.