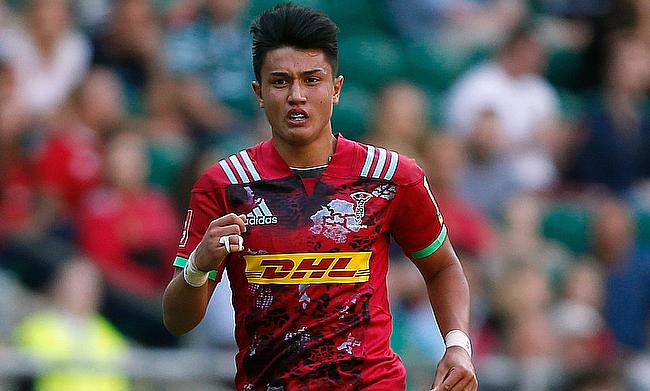 Harlequins ran a six-try riot as they powered to a 49-29 win over Northampton Saints in the second round of the Gallagher Premiership at Franklin's Gardens.

This is first win for the Quins in two games as they are at seventh place in the table while Northampton are at bottom after losing both their matches.

The Quins increased their lead with Nathan Earle dotting down in the 22nd minute with Smith kicking a penalty and a conversion on either side to make it 7-17.

The gap between the teams remained at 10 points after Smith and Grayson exchanged penalties before another three-pointer from the Quins fly-half extended their lead to 10-23.

As the half-time was nearing, the home side reduced their deficit with a try from Nick Isiekwe and Grayson following with the conversion.

Harlequins were dominant in the early exchanges of second half with a grubber kick from Smith sending Mike Brown over the line in the 49th minute with Alex Dombrandt's touchdown in the 52nd minute helping them claim the bonus point.

Northampton fought back briefly with touchdowns from Rory Hutchison (60') and Ludlam's second in the 66th minute but tries from Scott Steele and Smith in the added minutes helped Harlequins complete a 20-point victory.