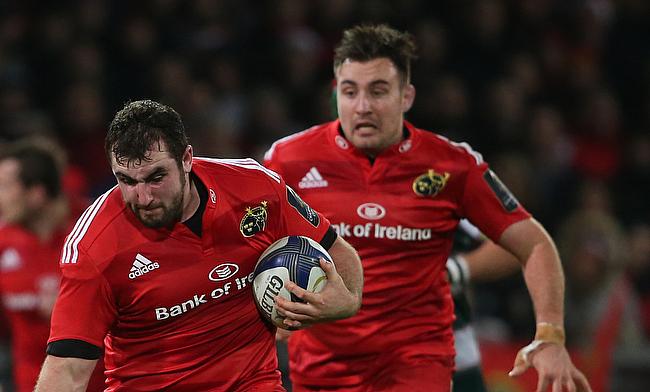 Munster have claimed a place in the Pro14 final as they edged out Connacht 20-17 in the latest round at Thomond Park on Friday.

They now have 12 wins from 14 games to seal the top place in Conference B taking their tally to 54 points - 12 more than second placed Connacht.

The visitors were off to a dream start when Jack Carty recycled the ball from a scrum to send Matt Healy over the line in the fifth minute. Carty then followed it with a conversion to take them to a seven point lead.

Munster's response came at the start of the second quarter when James Cronin dotted down after a series of good carries and a conversion from Ben Healy levelled the scores. Carty ensured Connacht finished the opening half with a slender three-point lead with his maiden penalty goal in the 27th minute.

Healy had a chance to level the scores before the break but missed a long-range penalty. However, he took his second opportunity in the 43rd minute making it 10-10 as Connacht lost Bundee Aki to sin-bin for a deliberate knock-on.

Even though, Munster did not make use of their numerical advantage, they scored when Aki returned from sin-bin with Mike Haley collecting a pass from John Porch and went past Dave Heffernan for their second try. Joey Carbery, who replaced Healy was straightaway in action as he kicked the conversion making it 17-10.

Connacht were given an opportunity when Chris Cloete was yellow-carded at the start of the final quarter and immediately Paul Boyle brushed away a tackle from Damian de Allende to score over with Carty's conversion taking the scores levelled 17-17.

With all the three results possible, Aki's infringement at the ruck allowed Munster to earn a penalty opportunity with Carbery slotting it perfectly to complete a thrilling three-point win.