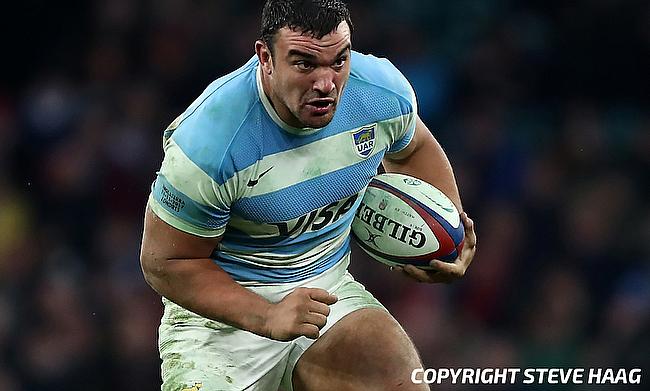 London Irish came up with a dominant 10-try performance as they trounced Castres Olympique 64-27 in the round of 16 European Challenge Cup clash at cinch Stadium at Franklin's Gardens on Friday.

It took the Exiles just six minutes to get their opening try as Agustín Creevy powered his way over and Paddy Jackson followed with the conversion. The home side continued to press forward as Juan Martín González sent a perfect offload for Curtis Rona to dot down to make it 12-0.

A penalty kick from Ben Botica got Castres off the mark in the 21st minute but it was total domination from London Irish with further tries from Creevy (24'), Tom Pearson (34'), Juan Martin Gonzalez (37') and Kyle Rowe (39') ensuring they completed the opening half with a 40-3 lead.

The visitors showed better intent in the second half as Rory Kockott peeled off a lineout drive to dive in the 45th minute and nine minutes later Chabouni also dived over after collecting a crossfield kick from Botica making it 40-17.

The gap came down to 13 points as replacement Santiago Arata spotted a gap in the Irish back line to score and Botica followed with a conversion and a penalty goal. Nevertheless, their momentum took a beating as Chabouni was sin-binned for a deliberate knock on leaving them one player less for the final 10 minutes.

With the numerical advantage on their side London Irish ensured they stretched their winning margin to 37 points with Matthew Rogerson (71'), Will Joseph (76'), Matt Cornish (78') and Benhard Janse van Rensburg (80') all scoring tries.