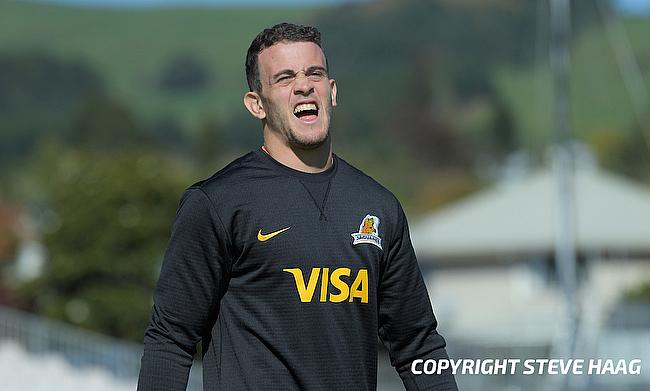 Alfie Barbeary scored a try in the closing stage as Wasps edged out Edinburgh 34-30 to reach the semi-final of the European Challenge Cup on Saturday.

Wasps will now play the winners of Lyon and Glasgow for a place in the final.

Wasps took early lead in the game after Jimmy Gopperth landed a three-pointer in the 7th minute following a powerful scrum in the 7th minute but the scores were levelled two minutes later as Emiliano Boffelli kicked a penalty goal of his own.

The opening try of the game came in the 12th minute as Luke Crosbie and Boffelli combined to send Ben Vellacott to touchdown but his effort was negated with Gopperth dancing out of a tackle to score under the posts as the scoreline became 10-10.

The Scottish regional club went into the break with a lead as Adam McBurney burrowed over the line following a maul and Boffelli improved as the scoreline became 17-10 at the end of the opening half.

Boffelli helped Edinburgh get off the block early in the second half with a penalty goal but with Biyi Alo crossing over in the 43rd minute and Gopperth following with a conversion and a penalty goal, the visitors once again managed to level the scores with a 20-20.

The trend continued as West and Magnus Bradbury exchanged tries in the 57th and 66th minutes before Boffelli landed a penalty goal in the 73rd minute to make it 30-27. Just when Edinburgh thought they had the game, Barbeary powered his way over at the back of a maul to steer Lee Blackett's men to the top four.