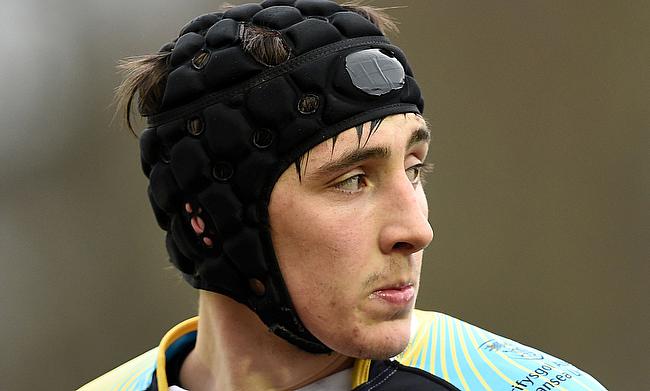 Matthew Screech scored a double as Dragons defeated Edinburgh 24-17 in the latest Pro14 clash at Principality Stadium on Sunday.

Sam Davies missed an early opportunity to get Dragons off the mark as his second minute penalty went wide. Nevertheless, it was a matter of time before they opened their account when Ashton Hewitt and Jonah Holmes applied pressure on the visitors and eventually Screech at the back of the maul went over in the 8th minute and this time Davies got the conversion right.

Dragons doubled their tally by the 13th minute with this time Davies sending a perfect offload for Screech to complete his second and the fly-half also improved to take the scoreline 14-0. Edinburgh's problems compounded as they lost lock Jamie Hodgson to sin-bin in the 18th minute and Davies with a penalty kick extended their lead to 17 points.

Edinburgh finally managed to respond when Mesulame Kunavula dived from close range in the 23rd minute before they lost Jaco van der Walt to injury five minutes later. As the break was approaching, the home side scored their third with Davies once again sending a looping pass for Holmes to dot down. Davies' conversion meant Dragons finish the opening half with a 24-5 lead.

Dragons thought they claimed the bonus point in the second half but Ashton Hewitt's try was disallowed but Edinburgh finally showed resilience in the final quarter with Charlie Shiel and Blair Kinghorn touching down in a span of three minutes but with no further breakthrough, the Welsh regional side managed to hold on to a seven point victory.