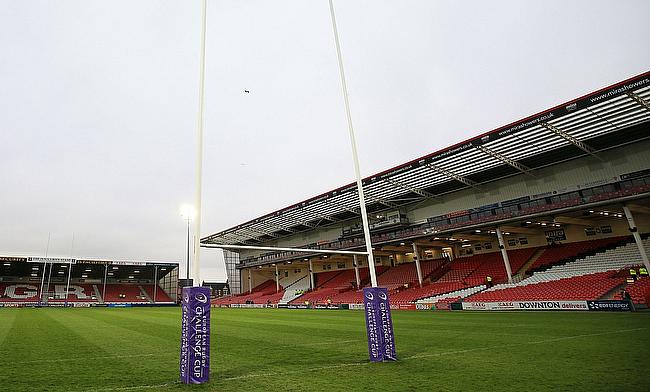 The Walkinshaw family has ended its Gloucester association dating back to 1997, when former Arrows Formula One team owner Tom Walkinshaw bought the Kingsholm club.

Entrepreneur and race horse owner St Quinton bought a 25 per cent stake in Gloucester in 2008 before raising his holding to 40 per cent, and has now acquired the majority shareholding, for a fee understood to be £12million.

The Walkinshaw family officially put Gloucester up for sale in April, and initially St Quinton had been willing to offload his shareholding too.

But, after interest from several parties failed to generate a sale, St Quinton has now chosen to take total control.

After Tom Walkinshaw died from cancer in 2010, his son Ryan stepped up to run the family's business affairs, with guidance from mother Martine.

The Walkinshaws have extended business interests in motor sport in Australia, and will now focus their energies in that direction.

"I think it's fair to say that the club wouldn't be where it is today were it not for the involvement of the Walkinshaw family, firstly Tom who took over the club back in 1997 and also Ryan who took over from his father in late 2010," said St Quinton.

"Were it not for their commitment, vision, business acumen and, of course, their love of rugby, then the Gloucester Rugby story may have taken a completely different turn. On behalf of everyone connected with the club, I'd like to extend my thanks to the whole Walkinshaw family for their contribution.

"I now believe that we are on the verge of an exciting new era for the club.

"Gloucester Rugby is a club that is moving in the right direction. We are in the privileged position of owning our own ground, have magnificent training facilities, our coaching set up and playing squad are both first class and we have the best supporters in the country.

"The challenge now is for us to realise our undoubted potential and regain our position at the forefront of the club game, and I'll be working very closely with Stephen Vaughan and David Humphreys to ensure that Gloucester Rugby achieves that goal.

"A lot of hard work lies ahead, but I can assure Gloucester Rugby supporters that we will be doing everything in our power to deliver a team and a club that we can all be proud of."