Manu Tuilagi reveals mental battle to get back in England fold 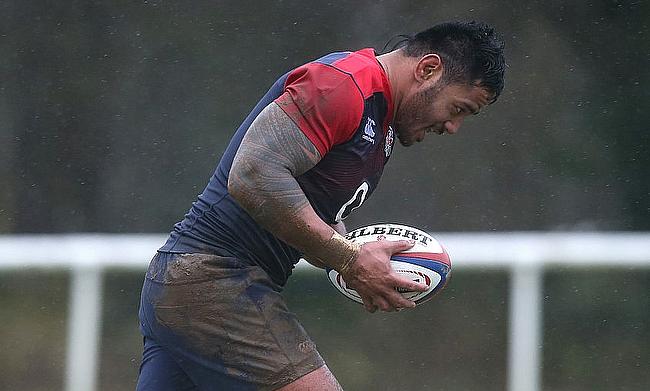 Manu Tuilagi has not featured for England since 2014
©PA

Manu Tuilagi feared his career was over during the darker hours of a tortuous year marred by his struggle to overcome a serious groin problem and a conviction for assault.

Tuilagi's 21-month injury-enforced absence from the England team is set to come an end on Saturday week when Eddie Jones is poised to name him on the bench for the RBS 6 Nations title showdown with Wales.

Three aborted comebacks took their toll on Tuilagi in 2015, forcing him to watch England implode at last autumn's World Cup from the sidelines, but the nadir had already come in May when he was found guilty of assaulting two female police officers.

Since his return in January, the 24-year-old has strung together five games for Leicester that were interrupted by a minor hamstring strain and, if he comes through Sunday's clash with Exeter, a place on the bench against Warren Gatland's men awaits.

When asked if he ever feared his career might be over, Tuilagi replied: "Yeah. When you're out for a long time it can get quite hard mentally.

"I just kept thinking about when I was going to get back playing again. I kept thinking that there's going to be light at the tunnel and it did come in the end - thank God.

"It was an unusual injury and it was very painful most of the time, especially when I'd just done it.

"You can't really move and even when you're in a deep sleep, if you move it a little bit, you wake up.

"It's brilliant to be back playing, especially because it's been a long time with the injuries. I'm really excited to get back on the field and every time I'm on the field, I'm smiling.

"You definitely realise how much you miss it when you are not playing. Sometimes we take it for granted being a rugby player and doing what we love doing."

Tuilagi drew strength during his 15 months out from his family, who travelled over from Samoa to provide support, and the experience of Leicester team-mate Mathew Tait, who had been stricken by a similar injury.

"The return kept moving further and further into the distance. I tried to come back three times and it was definitely too early," said Tuilagi, who learned to play the guitar during his lay-off.

"I had good people around me - my family, my missus and the coaches and boys at the club. They all really helped me.

"I had my mum, dad and brother here for Christmas - they stayed for four months and that was good.

"They came over and I kept them here for a bit longer because it's a long way back home. It can get quite tough if you're out and you know you're going to be out for quite a long time.

"One of the lads at Tigers - Mathew Tait - had it and it was nice to have him there at times because I could speak to him about how he was feeling about his groin.

"Having him there when I was injured and seeing him playing and back to full fitness kept me going."

Tuilagi was speaking publicly for the first time since September, when he revealed he felt his conviction for assault on a night out in Leicester city centre was unfair.

Jones' predecessor Stuart Lancaster responded by issuing a ban that ruled him out of the World Cup, although his slow recovery from his groin issue rendered the sanction meaningless.

"It looks like I've basically beaten up two police officers which is not the case," Tuilagi said in September. "But unfortunately it's out and that's what I've got to deal with."

Fast forward almost six months and Tuilagi is determined to consign the episode to history.

Jones views Tuilagi exclusively as an inside centre, when he has spent the vast majority of his career in the number 13 jersey and believes he can become England's Ma'a Nonu, the New Zealand great who retired from international rugby after the World Cup.

"Obviously Ma'a Nonu is one of the legends of the game," Tuilagi said. "I need to play my own game and improve. We're all different players and we all play our own games."