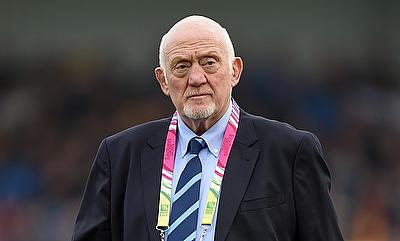 Romania head coach Lynn Howells believes a strong showing in defeat to Italy on Sunday afternoon proves his side deserve a chance to take on tier one nations on a regular basis.

The Oaks have drawn plaudits for their displays at this World Cup but they came up short in a 32-22 defeat to Italy that assured the Azzurri third place in Pool D and qualification to the 2019 tournament in Japan.

Leonardo Sarto, Edoardo Gori, Tommaso Allan and Alessandro Zanni all scored tries as Italy dominated the first hour but Romania hit back to close within 10 points with a brace of tries from Adrian Apostol and a Valentin Poparlan effort.

Victory for Howell's team would have strengthened the growing calls for second tier nations such as Romania and Georgia to be included in a revamped Six Nations tournament.

Although they may not have taken the win - with Howells pointing at a yellow card to Johann Van Heerden as a turning point - and leapfrogged Italy to seal a place in Japan, the Welshman insists Romania did enough to show they belong at the top table.

"I think you have seen that we competed very well and we were able to score points, which is something Romania have not been renowned for," he said.

"We showed we can score tries and play rugby of a quality that is capable of playing against tier one nations and I think what it shows is how close it is.

"To lose a player and concede 10 points is the difference between winning and losing. We've proven we can compete and there is an avenue for us to go and play against these teams on a regular basis

"If we had had 10 more minutes we would have probably won the game. For me it is about controlling the game - we didn't control the contact area and that cost us the game."

Howells was pleased that Romania achieved their objective of recording a victory over Pool D rivals Canada and, having faced Italy, Ireland and France, he now has a taste for taking on the best nations in the world.

"It is very difficult to assess at the moment because I'm disappointed with the way we have finished the campaign, we deserved more than that," he said.

"But all in all we came to win against Canada, which we achieved, and to prove to the world we are capable of competing with tier one nations and we did that as well.

Italy coach Jacques Brunel, who batted away questions about his future, was not in any mood to enjoy qualification for the next World Cup having set his sights on progressing into the quarter-finals of this year's competition.

"I don't celebrate anything today," he said.

"We are third. We were close to qualification or to coming out of the pool and we didn't manage it, so to me that is a disappointment because I really thought we could do it.

"Our goal was to come out of the pool. We need to evaluate, could we have come out or not? Maybe we could have and we will evaluate, this will be the question I ponder."