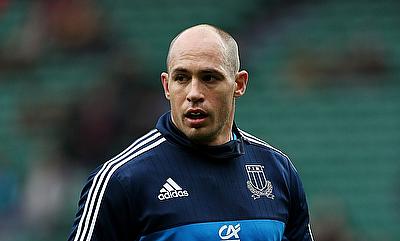 The battle for automatic qualification for the 2019 World Cup boils down to the tale of two missing number eights for Italy and Romania.

The Azzurri are without talisman Sergio Parisse for their final Pool D clash of this year's showpiece tournament at Exeter's Sandy Park on Sunday, while the Oaks are minus captain Mihai Macovei.

There is no suggestion Stade Francais loose forward Parisse has suffered another flare-up of the calf haematoma that ruled him out of Italy's first two matches, so his absence is a bold move from head coach Jacques Brunel.

Romania lost their appeal against Macovei's two-week ban for a dangerous tackle against Canada, with head coach Lynn Howells admitting his captain will be sorely missed.

"It's a big loss. He's a very good leader and a good player, but it gives another player an opportunity," Howells said.

"The big part will be the leadership of the team.

"Valentin Ursache is quite capable and has a good knowledge of the game.

Whichever side wins on Sunday will secure qualification for Japan 2019, with Howells underscoring the impact that would have for Romania.

"It is one of the most important games we will have played in a long time," Howells said.

"If we can qualify automatically for the next World Cup, we can concentrate on development for the next four years."

Bergamasco has missed out on selection for Italy's final match, his record-equalling fifth World Cup already over before the Romania clash.

"Mauro is an example for everyone in the squad and especially for players of my generation," Zanni said.

"When we used to watch Italy, we watched him playing at a young age.

"Now he is closing a great career and he is someone who has been a figurehead for Italian rugby.

"But that is Jacques' decision. Mauro has taught me a lot and I'm sad it is the end of his career."

Sam Cane returns as All Blacks captain for clash against Italy