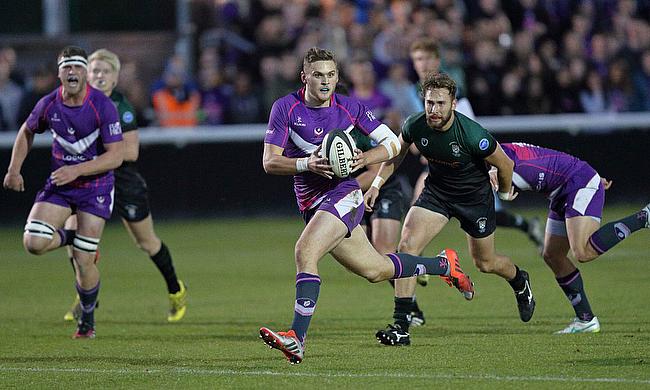 With the BUCS Super Rugby season firmly underway, Loughborough and Hartpury College have both made the perfect start to the new campaign as they have picked up two wins from two.

Both sides have looked excellent in the opening two rounds, but the same cannot be said for current BUCS Champions Trophy holders Exeter. Keith Fleming’s men have lost their first two games of the season while rivals Leeds Beckett are also still winless. They began the campaign with a defeat at home to a Cardiff Met side that have now won two games on the bounce.

Elsewhere across BUCS this week, Nottingham, Bristol, Edinburgh, Sheffield and Leicester maintained their winning starts in their respective leagues while Cardiff Met Women began the defence of their title with a victory over Exeter.

Loughborough made it two wins from two to begin the new Super Rugby campaign with a convincing victory over Durham.

The home side scored a first-half try through Jack Stapley before Mark Dixon, Brendon Mandivenga, and Max Hill went over after the break.

Will Kaye kicked 14 points for Loughborough while Ali Neden crossed for Durham.

Loughborough have now won both of their home games so far this season while Durham are still searching for their maiden Super Rugby win.

“It was a very good display to back up a big win last week but there is still lots to work on. There were some very promising debuts from a number of players in their first BUCS 1 match”.

Hartpury College stunned current BUCS Champions Exeter as they eased to their second win of the season in BUCS Super Rugby.

John Barnes’ side led 14-13 at the break thanks to tries from James Neal and Victor Pisano.

A score from No.8 James McRae kept the Green and Whites in touch.

But second-half tries from Oliver Allsop, Alex Gibson, Joe Mullins and Jamie Forrester secured the victory for Hartpury with Exeter only managing to add five points after the break via McRae once again.

Hartpury join Loughborough with two wins from two thus far in Super Rugby while holders Exeter have now lost two on the spin.

Leeds Beckett fell to defeat in their opening BUCS Super Rugby game as they were beaten at home by Cardiff Met.

Chris Davey’s men made a great start with lock Alex Dombrandt getting the opening try in the 12th minute.

Centre Tom Morgan was superb with the boot in testing conditions at Headingley Carnegie Stadium as he slotted over eight points to give Cardiff Met a 13-3 interval lead.

Beckett’s first half points had come from the boot of David Mcilwaine and his side were able to reduce the deficit to just three points when they were awarded a Penalty Try on the hour mark.

The home side then had replacement Conrad Cade sin-binned which could’ve seen the Yorkshire side come under serious pressure but instead, it was Leeds that went on the offensive.

Rory Mason went close in the final 10 minutes of this match, but their efforts were in vain as George Simpson scored Cardiff’s third try late on to secure their second win of the season.

It has been the perfect start for the Welsh outfit while Leeds Beckett failed to respond to their Varsity defeat eight days ago as Kerry Wood and his side still seek their first victory of the new campaign.

There is still one more fixture to be played in this second week of BUCS Super Rugby action as Northumbria University welcome Bath to Kingston Park on Friday night.

In North A, Loughborough University’s 2nd XV matched their 1st XV by making it two wins from two. They comfortably beat Nottingham Trent University 24-10 while Trent’s neighbours, the University of Nottingham, also made it two wins in as many games thanks to a 26-18 victory over Durham 2nds. Elsewhere, the University of Leeds began the new campaign with a narrow 31-30 win away at Birmingham while Bishop Burton College picked up their first win of the season thanks to 30-5 win against Newcastle.

The University of Bristol maintained their perfect start to the season in South A as they saw of the challenge of Cardiff University as they beat the Welsh outfit 38-22 at North Bristol RFC. There was better news for Cardiff’s South Wales rivals Swansea University, as they made it two wins from two with a hard fought 33-3 win against King’s College London while Hartpury College’s 2nd XV replicated their 1st XV’s result as they beat Exeter 2nds. Elsewhere, the University of the West of England thrashed USW 56-3 to pick up their maiden triumph of the term.

It was two wins from two for the University of Edinburgh on Wednesday as they followed up their victory over St Andrews with a 52-3 thrashing of Manchester in North B.  Worcester suffered their second defeat in row as they were brushed aside by Durham 3rds who won 54-12 while St Andrews bounced back from that defeat to Edinburgh thanks to a 42-19 victory over Loughborough 3rds.

In South B, Cardiff Met 2nds secured back to back wins as they beat Bristol 2nds 32-10 thanks to commanding second-half display. Other results in the division included a second straight win for Bath 2nds as they won 19-5 against St Mary’s University while Exeter 3rds demolished Southampton 59-14.

In Northern 1A, Durham 4ths claimed their first win of the season as they edged out the University of Hull 13-12 at home while Leeds Beckett 2nds also got their campaign off to a winning start as they comprehensively beat Lancaster University 64-21. In the other fixture in this division, the University of Sheffield made it two successive wins as they came away from Newcastle 2nds with a 34-18 triumph. The University of Liverpool began their Northern 2A campaign with a dominant 69-3 win over Bangor while Keele University eased past Chester with a 48-6 win and Manchester Met dispatched UCLan 66-13.

It was a mixed start for both Leeds Universities in Northern 2B. Leeds University 2nds were beaten 12-5 by Sheffield Hallam while Leeds Beckett 3rds played out a thriller in York to win 31-30. The other result in this division saw rivals Newcastle 3rds go up against Northumbria 2nds and it was Northumbria who convincingly beat their near neighbours 51-0.

The University of Leicester battled hard to make it two wins from two in Midlands 1A as they beat a strong Nottingham 2nds side 20-15 away from home. Elsewhere in the division, Harper Adams reacted to their opening day defeat with a 20-5 victory over Bedford while Nottingham Trent 2nds beat Warwick 36-26. In Midlands 2A, the stand out result saw a strong Coventry University side beat Birmingham 3rds 31-5 at home.

In the Women’s BUCS competition, Loughborough and Durham both started with convincing victories in Premier North A. Loughborough beat Leeds Beckett 48-27 while Durham won 46-0 against Newcastle. One other fixture in this division took place a couple of weeks ago as last year’s finalists Northumbria edged out Edinburgh 20-13.

In Premier South A, current champions Cardiff Met were made to work hard for their 30-24 victory over rivals Exeter after a second-half fight back from the Green and Whites. Elsewhere, Bristol thrashed Cambridge 45-7 while Oxford stunned Gloucester by beating them 15-12 at the Prince of Wales Stadium.