Josh McNally - "It was a tough five months, but now it makes me appreciate rugby so much" 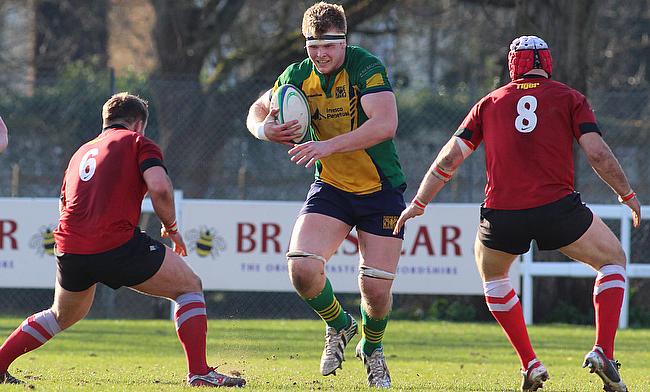 For a time, Josh McNally wondered whether he would ever be able to play rugby again following a Premiership fixture with Saracens.

After London Irish’s 44-13 defeat at Allianz Park just over a year ago, McNally drove back to Uxbridge, but on his arrival home, things became worrying.

The 28-year-old had suffered a stroke and immediately went for a number of tests at Hillingdon Hospital before a scan revealed he had scar tissue on the brain.

Three weeks passed before doctors were able to discover the cause of his stroke. It turned out that McNally had a small hole in his heart and the stroke was due to a blood clot in his leg, which occurred during Irish’s game against Saracens.

When we spoke earlier this week, McNally reflected on this difficult moment in his life where retirement was a very possible opition, but rather than focusing on the tough times, he tries to look at the experience in a positive light.

“It has been well documented that I had that heart issue,” he says. “Having the ups and downs and thinking whether or not I would be able to continue my rugby was tough. Thankfully, I had luck on my side and we found a cause to why my heart was playing up and we managed to get it fixed.

“It was a tough five months, but now it makes me appreciate rugby so much. I think it has actually made me a better player now! Every time I pull on that jersey, I know how quickly it could be taken away so I take every game as it comes as it could be my last. It is a mindset which no-one should really go through, but it helps me.”

McNally returned to action in March of this year and scored against Gloucester, but he could not help London Irish to safety as they were immediately relegated to the GK IPA Championship.

Now, the forward is part of an Exiles side which is currently flying in the second-tier of English rugby and this is only the latest chapter in McNally’s remarkable journey in the game.

His route into rugby is like no other. While focusing on his playing commitments, he is also an RAF weapons technician and has been in the Air Force since 2009. He admits he never had any thoughts about playing rugby, but over the last nine years, a pathway into the game began to emerge following a stint with National League side Henley Hawks.

“I didn’t join the Air Force as a rugby player,” McNally says. “I played a bit for school, but I joined the RAF because it was a great opportunity to travel the world and you can get a good career out of it.  It was only after I joined that rugby started snowballing for me.

“The RAF supported me really well. They got me into some really good clubs like Henley for a couple of years and I really learnt there. I have continued to play in the RAF and came through their systems as well as playing for the full first team.

“It is a very different journey because a lot of players do come through academies and age group stuff. Having the RAF support me so I can enjoy rugby for what it is and not for a job, is great. It gives you that sort of freshness and it allows me to continue my aspirations within rugby.”

McNally has been with London Irish for just under two years, but he highlights his time with Henley and his experiences in the National Leagues as key stages in his own development. 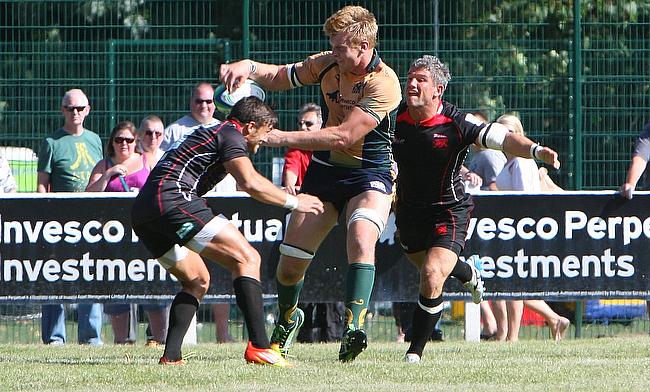 The Exiles also have strong links with the lower divisions as their affiliate side, London Irish Wild Geese, currently compete in National Two South.

“In my first four weeks at Henley, I was playing in the second team and it was about me earning my shirt to be in that first team,” McNally adds. “I just kept developing and it was about having that hunger to keep getting better and better. Ultimately, it’s what a lot of the academy guys at Irish are doing now. You can train as much as you want, but you are only going to learn by playing.

“For Wild Geese, they are playing against men and there are some really good quality players in the leagues and it is a great way for them to test themselves outside of training and in a match environment. Declan Kidney talks quite nicely about how we are ‘one club’. Having a National Two side that we can put guys into from the academy is only going to help us grow the youngsters.”

McNally certainly benefitted from the National Leagues as his consistent game time and performances earnt him a contract with London Welsh before financial trouble at club saw the forward move to Irish in 2017.

Despite relegation from the Premiership, the Exiles have not let that affect them as they currently sit at the summit of the Championship after nine rounds of action.

Irish have lost on just one occasion in their domestic league and they have also won all three of their Championship Cup matches so far against Hartpury, Cornish Pirates and Bedford, respectively.

“We have made a really good start,” says McNally. “The last game before this cup break is where we could have really given ourselves some breathing room at the top of the league, but to be fair, Jersey came and put a really good performance in to beat us.

“We can look back at the positives and we are still four points clear at the top of the league. We have played some pretty good rugby and we are in a good place at the moment.”

??| TEAM NEWS: London Irish have named the team to face @BedfordBluesRFC in Round 4 of the Championship Cup at Goldington Road tomorrow (kick-off 3pm).

The second half of the Champions Cup fixtures begin for Irish on Saturday afternoon as they travel to Bedford after defeating the Blues 21-13 at the Madjeski Stadium last week.

The tournament was introduced at the start of this season to replace the British and Irish Cup and McNally, who will captain his side this weekend, insists the Exiles are not taking the competition lightly.

He adds: “I think, in the past, the British and Irish Cup was just a two-week block so you could rest a lot of your side in that time. Having a six-week block forces you to take it seriously and it is a competition we will take seriously.

“We could quite easily have put out an academy side, but we want to win this cup. We have Bedford coming up again this weekend. Going to Bedford is a tough place to go, but we are looking forward to it. It’s quite nice to hit a new tournament because we have been able to try a few new things out and that is only going to help us when are playing in the league again.”

Irish don’t return to domestic action for another month, but after such an impressive start to the campaign, McNally and the club have their sights firmly set on one common goal.

“Promotion is the aim. We want to do it in a way where we don’t just bounce up and start again from fresh if we get back in the Premiership.

“We are being pretty ruthless with ourselves, even if we have won a lot of our games, because we want to keep getting better. Ultimately, the goal for these group of players is to get back in the Premiership and compete in the league. It has been a good journey and we are working hard so we want to get promoted and then stay in the Premiership where we feel we belong.”