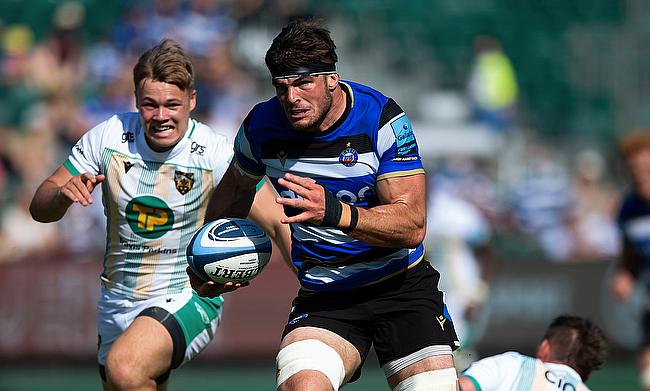 Josh Bayliss will be celebrating his 24th birthday when Bath’s Premiership campaign gets back underway against Sale Sharks.

Having made his debut five years ago now, the back-row forward is very much part of the furniture at the Recreation Ground and amongst the pack on a weekly basis. In years gone by, Bayliss has been described as an ‘absolute freak’ by Charlie Ewels and has even been entrusted with the captaincy on occasion.

Such has been the continuous and consistent growth of Bayliss, his performances have caught the eye at Test level. Despite having been an age grade international for England, the former Millfield pupil opted to represent Scotland thanks to his grandmother, who hails from Aberdeen.

During the Six Nations, a head knock put an end to hopes of an international debut, the summer the next port of call in order to get that first cap. But if only it were that easy.

Due to start in Scotland A’s player capturing clash against England at Mattioli Woods Welford Road, the game was duly cancelled as a result of positive Covid-19 cases in the Scotland camp. This would have a knock-on effect to the rest of Scotland’s scheduled summer Tests, with the games against Romania and then Georgia also called off.

“It’s obviously really gutting because ultimately I want to put that Scotland jersey on and play for Scotland,” Bayliss said. “Being so close to that this summer and it not eventuating was heart-breaking, but at the same, it’s the world we live in and it just wasn’t meant to be and hopefully there will be a few more opportunities.

“It was tough because I went in during the Six Nations and then got concussed, so I couldn’t be involved anymore, but these things happen. All I can do is try to get in the best shape possible and hope I get another opportunity.”

Now having had his mandatory time off, Bayliss is back at Farleigh House preparing for a new season and the opportunity that may bring. For Bath, their seventh place finish wasn’t exactly what many in blue, black and white would have been hoping for, but was thankfully still enough to secure Champions Cup Rugby for next season.

Having snuck into the playoffs the season prior, Stuart Hooper’s side will be hoping that the additions of the experienced Danny Cipriani and D’Arcy Rae will help propel the club higher up in the league standings come its conclusion.

Maybe where some of the questions lie is in how the side will adapt following the departures of those who have been so influential in recent seasons.

Ross Batty has retired, Rhys Priestland has returned to Wales, Elliot Stooke has moved to Wasps and both of Zach Mercer and Henry Thomas have moved to France’s south coast to turn out for Philippe Saint-Andre’s Montpellier.

Add to this that both Anthony Watson and Taulupe Faletau will be taking extended leaves of absence as a result of their involvement with the British and Irish Lions, early on in the season the group will have to dig deep in order to get off to the best possible start.

This is of course not to say that there isn’t plenty to like about this Bath team. Littered throughout the squad is players who have passed through the club’s academy, with Bayliss no different to any of these. There is a balance of experience and youth throughout the squad, it certainly breeds a confidence that the correct things are being done early on in Somerset.

“I think that has evolved since I have been here,” Bayliss said. “That understanding the importance of bringing in and upskilling young guys and Academy boys.

“Like we saw last year (an example being when Orlando Bailey stepped into the fly-half jersey) when we get struck with injuries or are playing two games in a week, you‘re going to have to rely on squad depth.

“It’s a testament to the Academy and even the Under 18’s and Under 16’s, getting those boys prepared to play Premiership rugby. Everyone who stepped up last year did a phenomenal job and that’s down to coaches and the senior boys who are more than happy to talk to anyone about anything which is really positive.”

There is something about Bath that has always been a little different. As mentioned previously, it is those from Somerset that you often see turning out for the club, their sole purpose on this earth seemingly being to pull on one of the most famous jerseys in rugby. 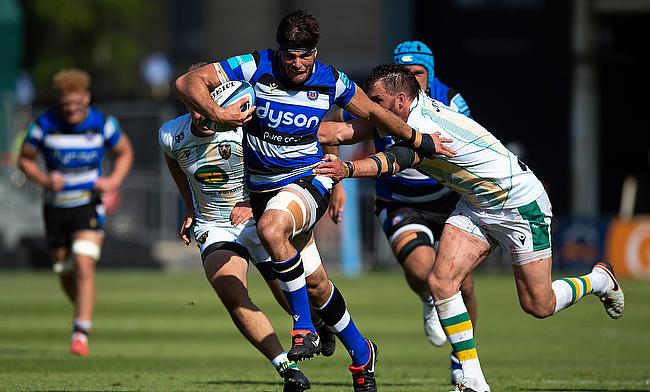 Tom Dunn was born in the city, as was Miles Reid, Tom de Glanville and Gabriel Hamer-Webb, whilst Tom Ellis attended Millfield as Bayliss did, and other players such as Semesa Rokoduguni, Charlie Ewels, Anthony Watson, Jonathan Joseph and Beno Obano have known little other than The Recreation Ground, whilst the likes of Will Spencer have returned to the club after a period away.

Looking across the names at the club, there is even a feeling of nostalgia. 21-year-old De Glanville is following in the footsteps of his father, Phil, in representing the club, with Cameron Redpath and Max Ojomoh doing likewise, the importance of the shirt likely to have been engrained in them from an early age.

Add to this the sprinkling of talent in a Ben Spencer, Cirpiani or Faletau and there is a degree of pride like little other for Bayliss and his teammates to represent the Roman city. Their city.

“The exciting thing for me is that we have a lot of like-minded people at the moment who just want the best for the club and people who have a genuine love for the city and the people in the city outside of rugby and when we’re on the pitch,” Bayliss said.

“I know for myself, as well as a lot of other guys, is that we want to put our best foot forward for the club and make the city proud. It’s only a good thing having those deep connections to the place and having those young guys, similar to myself and Miles, who know the area well and just want to play rugby for this club.”

One of the key changes that all teams will have to get used to in the coming weeks is that stadiums will be full once again. Contending with a feisty AJ Bell crowd first up, a week later it will be back to the Rec in order to take on Newcastle Falcons and the first opportunity in a long time to play in front of a potentially packed-out crowd in the city. 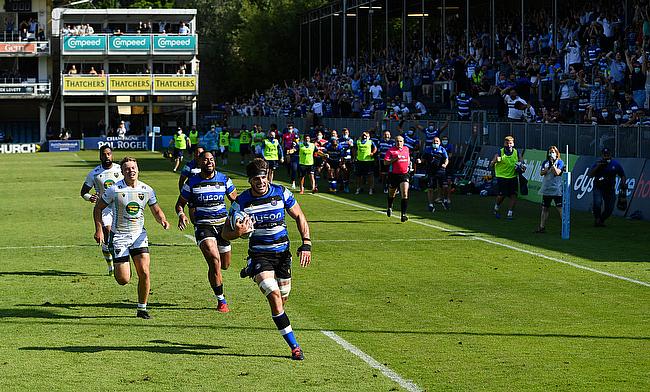 During his time off this summer, Bayliss was watching The Hundred and England’s test matches against New Zealand and India, the attacking display from England’s bowlers at Headingley today likely to have brought a smile to his face after training had concluded, all these games played in front of full stands, a sight that has become unfamiliar over the past 18 months.

Add to this the return of football and the strong return of supporters across the country, there is plenty to look forward to for players and Bayliss hoping for much of the same by the time Bath host Falcons on September 25th.

“I walk down from my flat to the Rec on a game day and the difference of having the whole city buzzing because there will be people in the pubs and restaurants before the game,” Bayliss said. “Everyone will be wearing their Bath shirt and you walk down and get that real buzz.