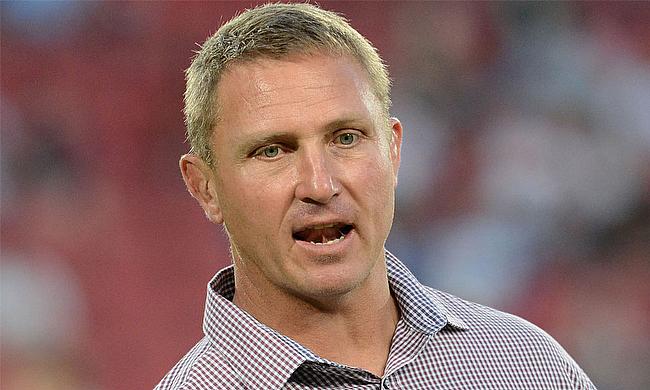 Johan Ackermann will take over as Gloucester coach next season
©PA

The 46-year-old will join the Kingsholm Stadium outfit following the end of his current stint with Super Rugby side Lions. Ackermann joined Lions as forwards coach in 2013 and in 2014, he replaced John Mitchel as the head coach.

Ackermann also had a successful outing with Lions as they reached the final in the previous season before losing to the eventual champions Hurricanes.

Gloucester rugby director David Humphreys confirmed the news on Ackermann and is confident of him having a successful stint with the club.

"We're all delighted that Johan has agreed to become the next head coach of Gloucester Rugby.

"He is one of the top coaching talents in world rugby, and it's a significant coup for the club to recruit someone of his calibre.

"When we first spoke to Johan, we were struck by the enthusiasm and energy he displayed to take up the challenge at Gloucester but, once we had met with him, we knew he was the person we wanted to take the club forward.

"We were particularly impressed by his proven ability to take a team that has under-performed, and turned them into Championship contenders. Their year on year progression has been impressive and they are continuing that upward trend this season.

"The way that the Lions play in Super Rugby under his leadership has attracted many admirers around the world, as they have managed to create a winning brand but are also capable of playing an attractive style of rugby."

Ackermann played 13 Tests for South Africa between 1996 and 2007 and was also part of the World Cup winning squad.