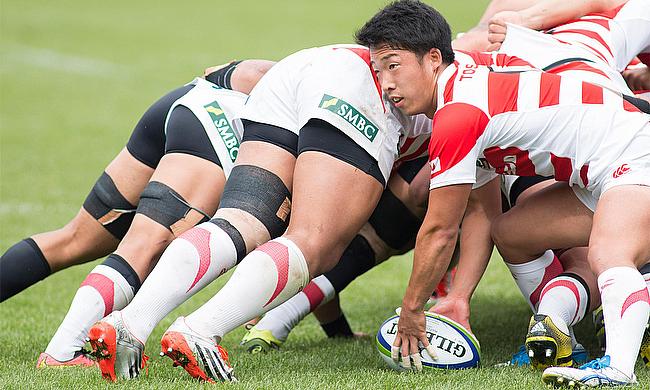 After 35 minutes of Japan’s 2016 World Rugby U20 Championship, it was all sunshine and roses for the Baby Blossoms.

A hat-trick from breakout winger Ataata Moeakiola had Japan 19-7 up over the Junior Springboks and memories of the respective senior sides’ meeting in Brighton in the Rugby World Cup were brought rushing to the surface.

Unfortunately for Japan, South Africa began to steal back momentum with a late first half try from JT Jackson and then came storming out of the gates in the second half, grabbing two further tries in the opening four minutes after the interval.

Japan quickly began to tire from that point on and South Africa were able to rack up a 59-17 win, keeping Japan scoreless in the second half and denying them the fourth try that would have earned them an invaluable bonus point.

It was a similar story for Japan in their second match, where they took an early lead against France and looked as if they would pose a real threat to their European rivals. Japan faded, however, and France were able to accumulate a big score in the second half, with the game ultimately finishing in a 46-14 loss for Japan.

The Baby Blossoms are now faced with the unenviable prospect of relegation to the Junior World Trophy in 2017. Their remaining pool game sees them go head-to-head with an impressive Argentinean side and even a victory in that fixture would still ensure Japan are plunged into the bottom bracket of the playoffs.

Japan and Italy currently sit rooted to the bottom of their pools with zero points, whilst Georgia are slightly ahead of them in seedings, having managed a losing bonus point against Wales. Japan’s slightly worse points differential than Italy means that they are currently the bottom seed in the tournament.

With Argentina victorious over France and South Africa already, it’s difficult to see Japan picking up the win they so desperately need. As things stand, Japan would play Scotland in the first round of the playoffs, with the loser being dumped into the relegation decider against one of Italy or Georgia. It is worth noting that Scotland’s remaining pool game is actually against Italy and they should move themselves clear of the bottom playoff bracket, likely dumping France into the mix.

The problem for the Baby Blossoms is that if they lose that first playoff game to Scotland or France or whomever, and they meet Georgia in the relegation decider, their fate will already be decided. As hosts of the 2017 U20 Championship, Georgia are immune from relegation this season and Japan will have to fervently hope that if they find themselves in the 11th/12th place playoff, it is Italy, not Georgia, that they are facing.

With Moeakiola continuing to look a threat and Tevita Tatafu providing a consistent source of front-foot ball, Japan have it in them avoid a trip back down to the Trophy next year. Their scrum has also been potent, with loosehead prop Ryosuke Iwaihara turning the screw against South Africa in particular.

The breakdown has been another area where Japan have had success, as has been their maul defence. In both areas, the organisation and well-drilled nature of the squad has shone through and kept them competitive in those facets against sides boasting significant size and conditioning advantages.

Japan’s performances in both the Rugby World Cup and U20 Championships over the last two years have shown their potential as a rugby-playing nation and it would be a shame to see them take a backwards step in their development with a stint in the second tier. Rugby is creeping towards the point where the Championship may need to be increased from 12 to 16 teams but, unfortunately for Japan, that is unlikely to happen in the next year.

The Brave Blossoms are a burgeoning power in the rugby world and their long-term future will be significantly affected by how their U20 side cope in their next three matches.