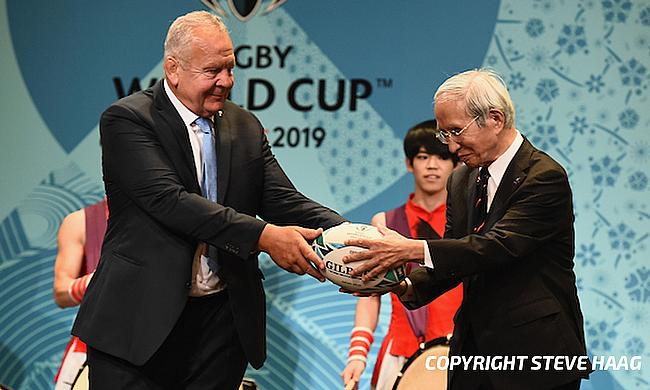 The tournament started with Typhoon Faxai delaying teams' arrival to the country while Typhoon Hagibis forced cancellation of three group games but despite the setbacks the stadiums had seen 99% occupancy with 1.84m tickets sold according to World Rugby.

“Japan 2019 will be remembered as probably the greatest Rugby World Cup,” said Beaumont at a press conference in Tokyo.

“It has certainly been the most ground-breaking in terms of bringing the game to new audiences and attracting new fans to the sport.

“It has been amazing what we’ve experienced over the last six weeks, culminating in an outstanding final".

With France already confirmed as the venue for the 2023 edition, the World Rugby boss confirmed that the hosts for the 2027 and 2013 editions will be selected at the same time in a dual bidding process similar to the 2015 and 2019 that saw England and Japan win the bids respectively.

“As we look to the future, I can confirm that the World Rugby Council has approved the implementation of a dual host selection process for 2027 and 2031.

“The dual selection process will be launched in November 2020 and will enable World Rugby to select an optimal combination of hosts, rather like what we’ve achieved here.

“It will also give successful candidates longer preparation time to prepare and look at the costs and management of delivering tournaments.”

The final of the tournament saw South Africa beat England to win the title for the third time while New Zealand won the bronze medal game over Wales.