Japan and Italy face relegation from the U20s Championship 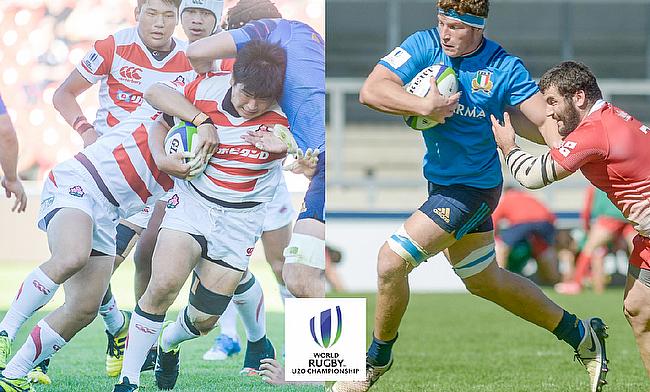 Georgia continued their impressive debut World Rugby U20 Championship campaign on Monday, beating Italy 18-17 and removing themselves from the forthcoming 11th place playoff.

In addition to being quite the boon for Georgian rugby, the result also means that the 11th place playoff will decide which team is relegated to the U20 Trophy next season, with Samoa having already secured promotion for the 2017 U20 Championship. Due to Georgia hosting that 2017 U20 Championship, their place in the tournament was guaranteed and had they fallen to Italy, Georgia’s opponent in the 11th place playoff would have been consigned to relegation, win or lose.

As it turns out, Japan would have been Georgia’s opposition in that scenario, but they instead face Italy in a winner-takes-all clash on Saturday.

There have been flashes of brilliance from Japan at this year’s competition, not least so from senior caps Tevita Tatafu and Ataata Moeakiola, as well as budding loosehead Ryosuke Iwaihara. The Baby Blossoms scared South Africa in their tournament opener and had their moments against semi-finalists Argentina. They struggled against France in the pool stage but proved a much sterner challenge for the French when they met again in the playoffs.

Japan’s biggest issue has been their tendency to fade out of games after making impressive starts. Their conditioning is not at the same level as most of their opposition and if they are to once again defy the pre-tournament odds and avoid relegation from the Championship, they will need to strike early against Italy on Saturday.

Japan have more firepower in their side and a more effective set-piece, so are more than capable of putting themselves in a winning position by half time.

Conversely, Italy have struggled in this year’s competition, rolling over to England and Australia. Losses to Scotland and Georgia were closer affairs but also games that Italy did not look like winning. Italy will certainly need to find another gear on Saturday if they are to maintain their place in age-grade rugby’s elite competition.

Without a dominant pack or back line players capable of creating something from nothing, Italy will be up against it when they take on Japan and enter the game as significant underdogs.

The Italians have been treading water at this level for a number of years now and with the rises of Georgia and Japan as rugby-playing nations and the respective funding and focus that has brought for their U20 sides, it could be a difficult challenge for Italy to maintain their status as one of the best 12 age-grade sides in the world.

Italy will need to make the most of any opportunities Japan gift them and will need to develop a resolve in defence and at the set-piece that has eluded them thus far this tournament.

With so much at stake for both teams, the 11th place playoff may not be the game on Saturday that everyone is looking forward to, but it is one which should be completely compelling nonetheless.