Jack Nowell prepares for the return of rugby Cornwall style 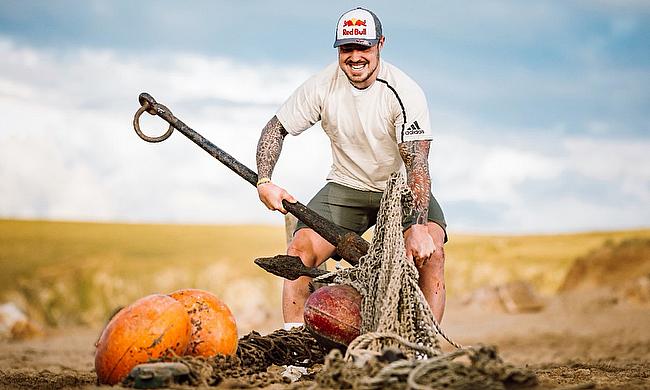 After a season disrupted by injury and unprecedented circumstances, Jack Nowell is raring to return to action in a season that still promises both domestic and European glory.

With Exeter Chiefs’ Premiership Rugby return set for the 15th August and the potential of a Guinness Six Nations return looming, part of the winger’s return involved working with Red Bull to put his body through a brutal obstacle course in which every facet of his game was put to the test.

Born into a family that’s trawled the sea for generations, the course was inspired by his fisherman roots and set on Holywell Beach, Cornwall. To ensure the course replicated the physical pressures of a full 80min game as closely as possible, the team at Red Bull worked in conjunction with the Strength and Conditioning team at Exeter Chiefs so that no stone (or shell) was left unturned.

Produced by Red Bull, the video above will be available on the Red Bull Pro Hub which offers an unparalleled insight into how elite athletes train. From nutrition and mindset tips to training regimes, the platform provides an exclusive glimpse into the lives of Red Bull athletes – helping to inspire others to take their training to a new level.

The course itself involved dragging a 70kg anchor, flipping three life boats (first – 120kg, second - 160kg, third - 180kg) , pin point passing, an agility course with buoys and a kicking challenge. To make things even tougher, the course had to be completed within 60 seconds.

Speaking on the course, Jack said: “It was honestly one of the toughest things I’ve done but I think it holds me in great shape for the season re-start. It was designed to test all the elements of my game but having to do it on sand made it that much tougher. I can’t wait to get back on the pitch and show what I’ve been working on.”

As well as documenting the challenge, the video delves into Jack’s childhood – looking at how the athlete’s drive and commitment enabled him to compete with the very best.

“It’s just about being the best he can be in everything. He’s a dad now, so he’ll probably want to be the best at that. That’s what’s made him so successful in rugby – he’s never given up. If you give him a challenge, he’ll surpass it.