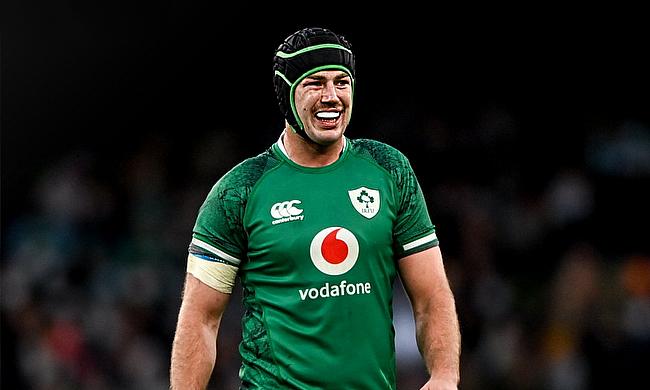 Ireland back rower Caelan Doris has been voted as the Player of the Autumn Nations Series following a successful campaign.

Doris started the campaign at blindside flank in Ireland's comprehensive 60-5 victory over Japan, making 11 carries for 39 metres and also contributing nine tackles - more than any of his team mates.

He was also impressive in Ireland's 29-20 win over New Zealand as he completed 12 tackles and a carry of 84 metres. He also scored Ireland’s all-important third try after the break, stepping inside and racing through a gap in the wall of black shirts to run the ball in from just outside the New Zealand 22 and was named the player of the match.

Doris secured 26% of the total votes as he overcame fight from Eben Etzebeth, who had 20% of votes.

Player of the Series vote: