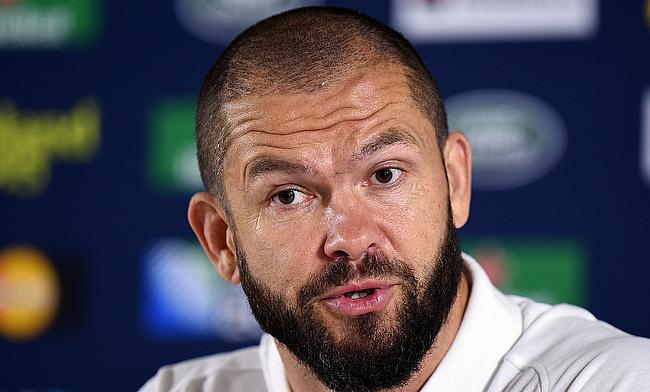 Ireland head coach Andy Farrell will remain in charge of the side until 2025 after signing a two-year contract extension.

The news follows after the 47-year-old recently guided Ireland to a maiden series win over New Zealand with wins in Dunedin and Wellington that has powered them to the pole position in the World Rugby Ranking.

“I am happy to extend my contract with Irish Rugby for a further two years. As a group we have made it clear that we are building towards the 2023 Rugby World Cup, and we have taken some decent strides in that regard in recent months," he told the official website of IRFU.

“Ahead of the tour to New Zealand myself and David (Nucifora) looked at the opportunities and challenges facing the national squad after the tournament in France. I am excited about continuing to work with the group and with the next generation of Irish international players.”

Farrell joined Ireland as defence coach under Joe Schmidt and took in charge when the latter stepped down post the 2019 Rugby World Cup. The squad also won the Triple Crown in the 2022 Six Nations Championship.

“Andy is one of the finest coaches in the world, he has brought our game to new heights and has the team playing a brand of rugby that excites, entertains, and engages people, while, critically, producing winning results," said IRFU Chief Executive Potts.

“I would like to thank our Performance Director, David Nucifora, for his work in negotiating this extension with Andy.

“I, on behalf of all the Union delegates and Irish Rugby fans across the world, thank Andy for the exceptional impact he has had on Ireland’s performances to date, as we look forward to the year ahead, which will of course include the Rugby World Cup in France.”