How CBD helps boost the recovery and performance of Rugby players 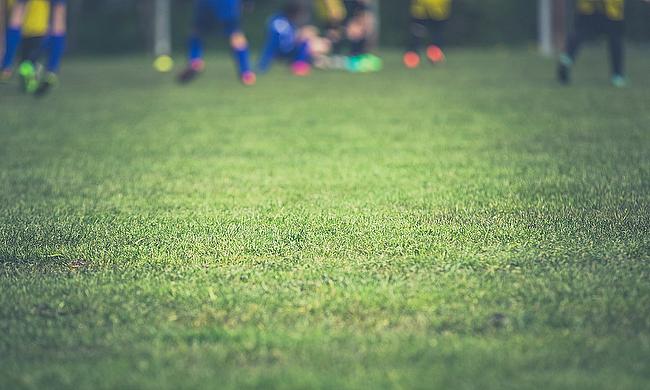 There is a growing body of evidence that suggests CBD has potential anti-inflammatory properties.

The use of CBD in rugby and other physically demanding sports is increasing rapidly as more players begin to experience positive results. CBD could help with the recovery process, which has a positive effect on performance. We already see stiff competition when trying to find thebest CBD for energy on the market.

Cannabinoids such as cannabidiol seem to influence various pathways, mainly through the endocannabinoid system (ECS). The ECS helps regulate numerous processes and functions, including appetite, mood, memory, and sleep.

It is a system with two main types of receptors, CB1 and CB2. You will find these receptors throughout the nervous system and brain. CBD appears to interact with these receptors, albeit in a different fashion to THC. Indeed, experts are not in agreement as to how CBD interacts with the ECS. One suggestion is that it helps prevent endocannabinoids from getting broken down.

Despite the uncertainty, research shows that CBD could help with pain, inflammation, sleep, and several other issues. Therefore, the fact that CBD and rugby are becoming a popular combination is no surprise.

CBD in Rugby – A High Prevalence of Use

A recent study published in the International Journal of Sports Nutrition and Exercise Metabolism in 2020 looked at the high level of CBD use in rugby union and league. The researchers pointed out that rugby is a high-intensity collision sport with low-intensity aerobic activities.

While rugby union and rugby league are two different codes, they involve regular high-speed collisions between players. As a result, players from both games suffer increased levels of inflammation. In many cases, the pain is debilitating and potentially affects daily function. This pain could last for several days after a match and remain an issue for the entire season.

The study then went through a wide array of research into CBD’s potential anti-inflammatory, anxiolytic, analgesic, and anti-oxidative properties. One of these studies was by Mechoulam and Hanus and published in Chemistry and Physics of Lipids in 2002. In it, the study authors discussed the various likely benefits of CBD.

One major issue with rugby is daily muscle pain, particularly nerve pain, which has psychological and physical consequences. CBD in rugby could massively reduce the reliance on painkillers. Rugby players use approximately four times more painkillers than the general population on average.

Apart from addition, consistent use of such drugs could lead to adverse effects, including nausea, headaches, kidney damage, gastric ulceration, and gastric injury. In contrast, CBD has a significantly better safety profile.

What’s clear is that adequate rest and recovery are key components in improved performance. CBD could enable rugby players to recover from inflammatory pain faster. According to the 2020 study mentioned above, up to 80% of rugby players used CBD to improve pain/recovery and sleep. The ‘mean’ use of CBD amongst players is 25%. However, it increased to 39% in those aged 28+.

The results of this use show why CBD in rugby is so popular. A remarkable 67% of players claimed they saw a benefit from consuming cannabidiol. Over 40% reported better sleep, and 14% said they felt improved pain/recovery. In the studies reviewed, none of the athletes reported any adverse side effects. This is even though the industry is unregulated, and some players may have used products with a higher or lower CBD level than displayed on the label.

Rugby players need to use CBD with caution, however. At present, there is a lack of oversight in the industry. As a result, companies can sell products without the legal need to display the cannabinoid content. In the UK, the maximum level of THC allowed in any CBD product is 0.2%. There is a possibility that players could unwittingly consume a higher amount.

An estimated 21% of players who use CBD admitted they have no idea if the batch was tested. This leaves them potentially open to a positive result for THC metabolites during a drug screening. Such an outcome could have serious consequences for their career.

Further research is necessary, but thus far, there is plenty of evidence that CBD could aid recovery and improve rugby players' performance. Its apparent ability to reduce inflammatory pain from training and playing matches enables athletes to recover faster between sessions. CBD’s capacity to improve sleep is also important, as sleep is a critical aspect of recovery.

It seems that CBD in rugby is extremely common. The 2020 study surveyed 472 players, and 133 of them had used the compound. Many of those who didn’t use CBD took this step because of a concern over anti-doping regulations. Reputable CBD brands sell products low in THC, so rugby players should have no concerns over failing a drug test.

With a Master’s Degree in Nutrition and Dietetics, it is fair to say that Kayla Burns knows more than most about health, fitness, and supplements. After coming across CBD, Kayla decided to embark on detailed research to learn more about whether this cannabinoid is beneficial. She is now convinced that it can help with various issues such as anxiety and is also extremely useful for athletes hoping to recover from their exertions.