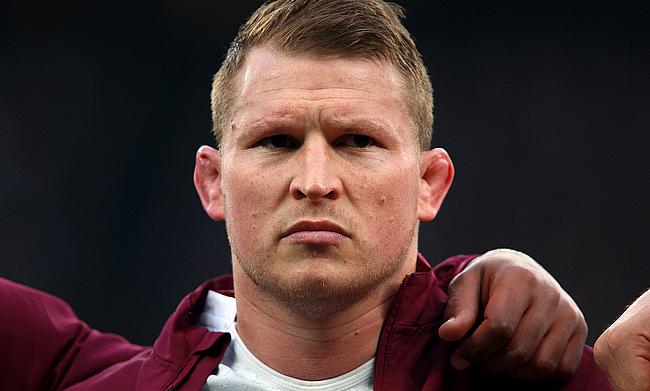 Dylan Hartley could be England's next captain
©PA

Dylan Hartley has emerged as favourite to lead England under Eddie Jones in a change that would mark the end of Chris Robshaw's captaincy.

Hartley has a dismal disciplinary record that totals 54 weeks of suspensions for a range of offences including gouging, biting and head-butting - and was ejected from the training squad announced for this autumn's World Cup because of his most recent transgression.

It is understood, however, that Jones admires his abrasiveness and feels that by selecting him as skipper he would set the tone for a forward pack that he would like to rediscover its hard edge.

Hartley, who also missed the 2013 British and Irish Lions tour to Australia for disciplinary reasons, would benefit from the clean slate Jones has offered to all players since he was appointed Stuart Lancaster's successor.

The 29-year-old Northampton hooker has 66 caps but he has been sidelined since November 7 with concussion and a date for his return has yet to be set, placing his involvement against Scotland on February 6 in doubt.

Should he remain unavailable heading into the Championship, Jones could keep faith with Robshaw - who was captain throughout Lancaster's reign and was at the helm for the recent World Cup disaster on these shores.

It is thought Robshaw is not viewed as a long-term answer as captain and Jones is keen to make an appointment on a two-year cycle, but the Harlequins back row still has an international future with blindside flanker now his most likely home.

A cadre of vice-captains to support whoever is chosen will be established - and it is into this category that full-back Mike Brown falls.

Brown's combative nature and form over the last two years look set to extend his run in the number 15 jersey, but his volatility is seen as both a strength and weaknesses.

Joe Launchbury had a spell as bookmakers' favourite to succeed Robshaw, but the Jones regime is looking for a player with more belligerence as the team's rallying point on the pitch.

Meanwhile, Jones met with Lancaster in Loughborough on Wednesday to canvas his views on coaching England.