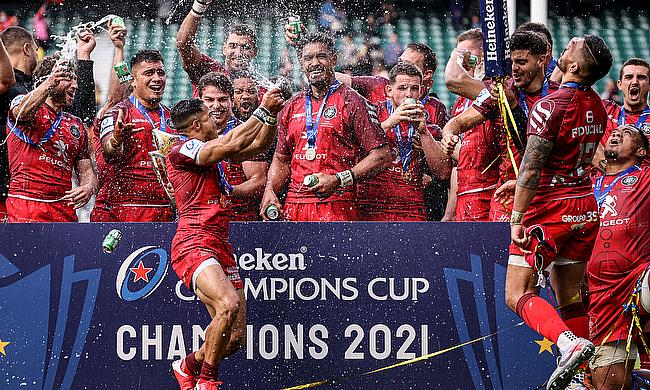 Defending champions Toulouse will be facing Wasps and Cardiff Blues as the draws for the 2021/22 season of the Heineken Champions Cup was unveiled on Wednesday.

The 24 team competition will see 12 teams divided equally into two groups and will kick-off in December. The top eight teams from each group will qualify to the knock out stage which will consist of a Round of 16 on a home and away basis. The quarter-finals and semi-finals will be played in the first two weeks of May with the final scheduled on 22nd May at Stade Vélodrome in Marseille.

Premiership champions Harlequins will lock horns with Castres and Cardiff Blues while last season’s PRO14 winners, Leinster Rugby, are in Pool A where they will be up against Montpellier Hérault Rugby and Bath Rugby.

Stade Rochelais, runners-up in the Heineken Champions Cup final, will meet Bath and Glasgow Warriors in Pool A, while Exeter Chiefs, who lost out to Harlequins in the Premiership decider, will take on Montpellier and Glasgow in Pool A.

Munster Rugby, who were in Tier 1 as the second-ranked qualifier from the PRO14, were drawn against Castres Olympique and Wasps in Pool B.

Elsewhere, Ulster Rugby will take on ASM Clermont Auvergne and Northampton Saints in Pool A whilst Stade Français Paris were drawn into Pool B and will take on Pat Lam’s former club, Connacht Rugby, and his current charges, Bristol Bears.

POOL A (with opponents in brackets)

POOL B (with opponents in brackets)