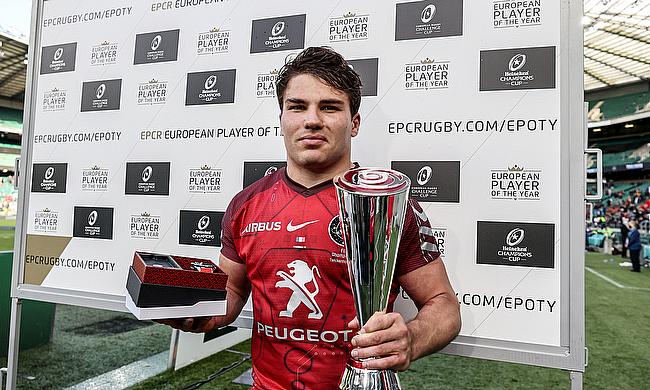 Toulouse scrum-half Antoine Dupont feels that him and his teammates are now part of the club's legacy as they clinched the European Champions Cup for the fifth time.

Toulouse had a stiff competition from Top14 rivals La Rochelle, who despite the red card of Levani Botia fought all the way down to the end before they were edged out with a 22-17 margin in the final of the competition at Twickenham Stadium.

The victory also meant Toulouse now have the most Champions Cup wins in the history of the tournament after previously winning the 1996, 2003, 2005 and 2010 editions.

“The club has an illustrious past in the Champions Cup,” Dupont stated after the final as quoted in the EPCR official website.

“We were the joint-top team in terms of number of Champions Cup wins.

“We can add a fifth star to our shirt, and we now realise that we form part of the club’s legacy and that we’re carrying that tradition forward.”

The France international also went on to win the EPCR European Player of the Year award after an impressive season that saw him being the joint leader in most tries scored along with Kotaro Matsushima, Santiago Cordero and Xavier Mignot with four touchdowns apiece apart from topping the list for defenders beaten as well as most metres covered.

The 24-year-old also was second in most offloads and carries in the season and Dupont credited his teammates for the success.

“However, Jerome deserved it as much as I did.

“It’s always a difficult thing to receive an individual award while playing a team sport, especially in rugby. Of course, I am delighted, but this is also an award for the entire group.

“To be honest, the most important award for me today is winning the trophy.”