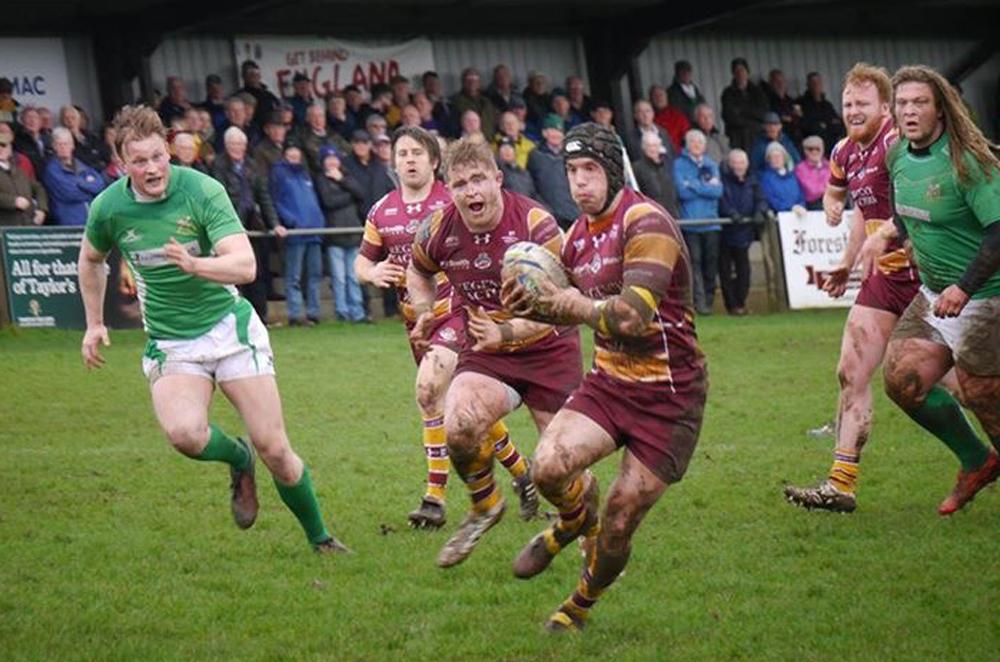 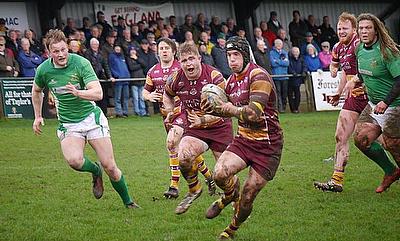 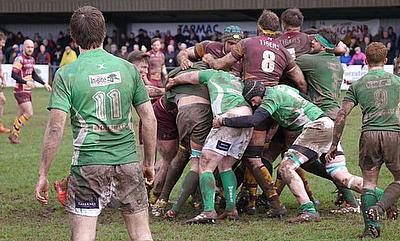 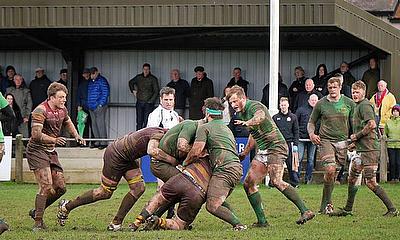 In the build up to this game, the Tigers Matt Riley tweeted that playing at Wharfedale was like playing on the set of Emmerdale. This is a truly picturesque venue but heavy rain nearly made the pitch unplayable; cue the home supporters out with buckets to remove standing water. Unfortunately they couldn’t rescue car paring which became problematic but a few club stalwarts in hi-vis jackets worked hard to accommodate a huge crowd. The home supporters seemed in a festive mood and were vocal throughout. Considering the difficult conditions they didn’t offer any sympathy; not even to their own players.

There were a number of handling errors from start to finish but both teams were trying to create space with adventurous running lines and off-loads. The away team had the wind at their backs in the first half and started the stronger; winger Andy Riley coming close. This start continued with slick hands from both forwards and backs.

This saw Max Ashcroft and Max Skofic combine with Skofic touching down in one of the bigger puddles on the pitch. Conditions were difficult but both teams attempted to play an open game. Steve Collins slotting the conversion for a 0-7 lead.

For the second week running, the Tigers scrum dominated the opposition but it was the fragility of the Tigers kicking game and the strength of Wharfedale's that was ultimately the difference between the two teams. In Tom Barrett, Wharfedale had a kicker who was able to find space from hands, take drop goal chances and slot over conversions. His half back partner, Gaudie was a continual threat with probing kicks.

There were numerous handling errors and the home team were fortunate to be awarded a try in the 56th minute of the second half, there seemed an obvious knock on. The Tigers players momentarily stopped expecting the whistle. In that moment Wharfedale’s Bullough went over for the try. The referee, stopped the clock and consulted his assistant. The try was awarded and the game was all square at 7 - 7

Minutes later the same assistant missed another knock on! The large, somewhat festive crowd let their feeling be known.

The lead went back to the Tigers following a short period of pressure, perhaps the one and only time in the second half. Matt Riley stepped up to convert a penalty. After that it seemed to be the home team that gained the ascendancy, with their excellent fly half taking a penalty to draw level and then cleverly take 3 points from a drop kick.

We are still very much in a title race – Matthews