Great Britain U18 defeated by France at Rugby Europe U18 Championship 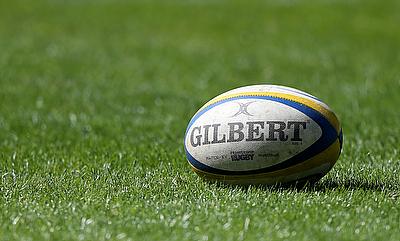 The tournament also doubled up as a Youth Olympic qualifier.
©PA

An England Women U18 sevens squad who represented Great Britain U18 were beaten 22-0 by France in the final of Rugby Europe U18 Championship in Vichy.

The tournament also doubled up as a Youth Olympic qualifier.

A total of 16 teams competed in the qualifier, with France securing a place at the Youth Olympic Games which takes place in Buenos Aires, Argentina in October this year.

They met the Netherlands in the quarters and won impressively 29-0 before a 15-0 semi-final win over Italy set up a final with France.

It was a hard-fought contest under tough conditions and after trailing 10-0 at the break, they could not overturn the deficit with France emerging victorious.

“We’re really disappointed not to have secured the win against France and subsequently the experience of playing in the Youth Olympics but the overriding emotion from across the weekend is a great sense of pride in what we have achieved in such a short space of time,” said Team GB U18 head coach James Cooper.

“We worked really hard in the two training camps we had as a squad and we’ve learned a lot over the two days here in France, constantly building our performances.

“Ultimately, when it came down to the final we didn’t finish off some of the chances that we created which cost us the winning spot. Congratulations to France who put in a great performance and will go on to play in the Youth Olympic Games.”

On day one of the tournament Great Britain started strongly and confidently against Georgia with players demonstrating quality in attack and great line speed, earning them tries from a total of eight different players and their first win.

They went on to play Russia in their second pool game which was a physical encounter. After a slow first five minutes Amelia Hooper broke the deadlock with a great break to put the first points on the scoreboard for Great Britain.

In the final game of the pool stages Great Britain were up against a very competitive Swedish side. Great Britain hit their stride in the second half stretching the Swedish defence with width and clinical breaks, ending the game an impressive 54 points to Sweden’s zero.

Team GB U18 Pool A results: