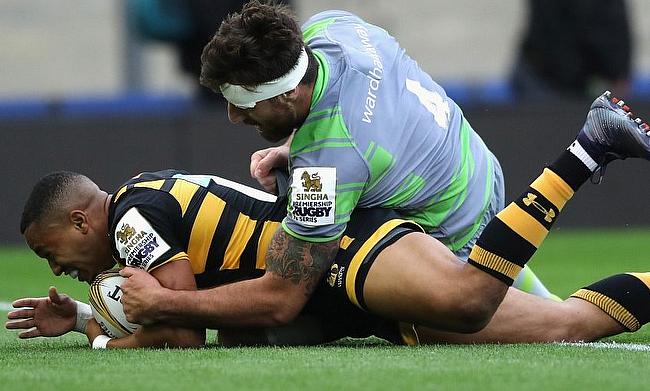 Wasps, Gloucester and Worcester managed to remain unbeaten on as the opening day of the Singha Premiership Rugby 7s kicked-off in Northampton on Friday.

Wasps came up a scintillating display as they first outplayed Newcastle Falcons 31-10 in their opening game and blanked Leicester Tigers 52-0 in the second game in which they amassed eight tries to top Pool A.

Newcastle Falcons also managed to sneak past Leicester to get a berth in the quarter-final with the Welford outfit missing out on the top eight.

Gloucester maintained their 100% record to reach quarter-finals after winning games against Harlequins and London Irish with 29-7 and 31-10 respectively.

Harlequins joined the top eight with 24-10 victory over London Irish.

Worcester first blanked Sale Sharks 27-0 and then thrashed Bath 35-17 to claim the top position. However, Sale Sharks managed to book the second place with 22-12 win over Bath.

The most competitive Pool among the four as all the three teams managed a win apiece. Exeter lost 26-19 to Saracens but still managed to reach the top position with a 33-0 win over Northampton Saints.

Northampton's 12-7 win over Saracens did not prove enough as their point difference slipped them to last position behind the second placed Saracens.