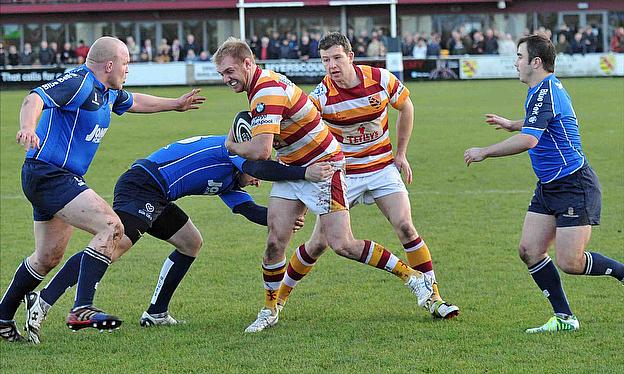 The North West's two senior clubs outside the Premiership meet early in the new season when Fylde travel to meet Macclesfield at Priory Park on Saturday (ko 3pm). Games between these old rivals are always fierce and edgy with the region's bragging rights at stake.

Macc were relegated from National One at the end of the 2012/13 season but have bounced back immediately after topping National Two (North) in April following an outstanding promotion campaign which went down to the wire. The North West needs more representation at levels 3 and above so we're all delighted that this local derby is back on the fixture lists.

Fylde opened their season last Saturday with a rather rusty but hard working 31-16 home win over Blackheath from which they scooped maximum points. Macclesfield lost at home to Richmond by 22-35 as they attempt to come to terms with the tougher competition in N1. Macc lost just two games at Priory Park last season, the last one in January against neighbours Sedgley Tigers, and have always been traditionally strong at home.

After six seasons in charge, the highly experienced coaching duo of Geoff Wappett & Andy Northey have moved on and the reins have been handed on through the internal succession of Giles Heagerty as Head Coach. Macc's traditional strength when they were in N1 between 2009-2013 was their very strong pack. It's possible that they will be trying to play in a more expansive style this time around following their high try scoring performance in N2N. As Heagerty says on the club website about the pre-season games: "I think the most pleasing thing I can take from [these] games has been the clear philosophical change in the way we play the game ... I’m very confident that this new ‘forward-thinking’ philosophy will work well in National 1."

Macc tried out a new pair of props against Richmond, new signing Elliott Mills and Irishman Shane Heffernan. In the 2nd row was the totemic lock Dean Williams (reputed to be some 7' tall) and experienced back five forward Chris Jones. In the backrow was flanker & new skipper Mike Finnemore alongside another newcomer from Longton, Max Smith, and regular no 8 Frankie Barker.

The Macc backline is bossed by former skipper and fly-half/playmaker, Tom Eaton, and included in last Saturday's line-up were regular 1st teamers of recent seasons such as centresMatt O'Regan & Elliott Brierley, and winger Matt King.

Fylde captain Evan Stewart will enjoy visiting his old club where he served as skipper for a season before moving north to the Woodlands and a new teaching post in Lancaster. The rest of the Fylde players who featured against Blackheath are also expected to be fit for selection.

Missing players include lock Gareth Gore (recovering from recent ankle surgery), hooker Mark Rylance (undergoing cardio-vascular tests) & full-back Oli Viney (attending to family business commitments at the moment). New Fijian-born winger Zag Yabia, who held his hand up for selection with a hat-trick of tries for the Hawks at Macclesfield on Saturday, is representing the Army at the weekend and therefore isn't available for club games.